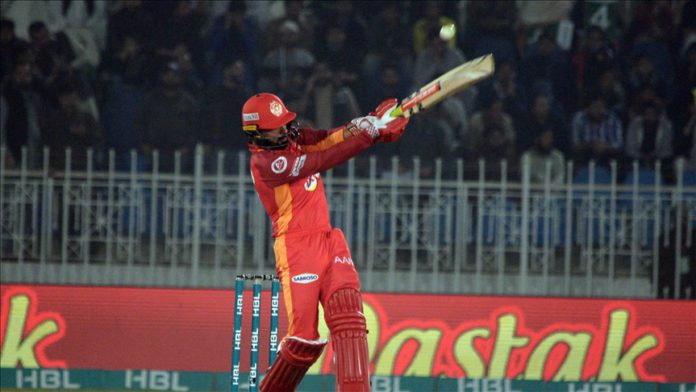 South Africa’s cricket board on Wednesday confirmed its national team will be touring Pakistan early next year after a gap of 14 years to play two Tests and three T20 internationals.

“The tour is scheduled to run from 26 January to 14 February 2021, with the team arriving in Karachi on 16 January. They will go into a period of quarantine before commencing with training and inter-squad practice matches,” said a statement by Cricket South Africa.

The first five-day match will be played in the southern port city of Karachi from Jan. 26 to 30, while the next destination will be Rawalpindi, a garrison city near the capital Islamabad, for the second Test on Feb. 4-8.

The three T20s will be played in the northeastern Lahore city.

The last time the two teams met in Pakistan was in 2007 when South Africa beat the hosts 1-0 in a two-match Test series.

International cricket has returned to Pakistan in the past 15 months following a militant attack on the touring Sri Lankan cricket team bus in Lahore in 2009. Six policemen and two civilians were killed in the attack.

South Africa will become the fourth country to tour Pakistan in the last 15 months after Sri Lanka, Bangladesh and Zimbabwe.

“It’s pleasing to see so many countries making a return to Pakistan – a proud, cricket-loving nation. Cricket South Africa is delighted to be counted among them. As someone who has toured the country on more than one occasion back in my playing days, I know how much passion the people of Pakistan have for the game as well as the love and support that the Proteas enjoy there as a team,” Cricket South Africa’s Director of Cricket Graeme Smith said.

“I would like to thank the Pakistan Cricket Board (PCB) for the hospitality and transparency they showed our security contingent when they travelled over there a few weeks ago. The report on their findings and recommendations gives us confidence as an organization that all of our team’s security, playing and accommodation needs will be met and that the wellbeing of the team will be the top priority. We look forward to embarking on this historical tour,” he added.

The Pakistan Cricket Board (PCB) also welcomed the announcement.

“South Africa confirming a tour to Pakistan and playing matches at the three major centres is a fabulous news for Pakistan cricket and its fans,” said Zakir Khan, Pakistan’s director of cricket.

He said the home series against South Africa will complete the process for full resumption and restoration of international cricket in Pakistan.