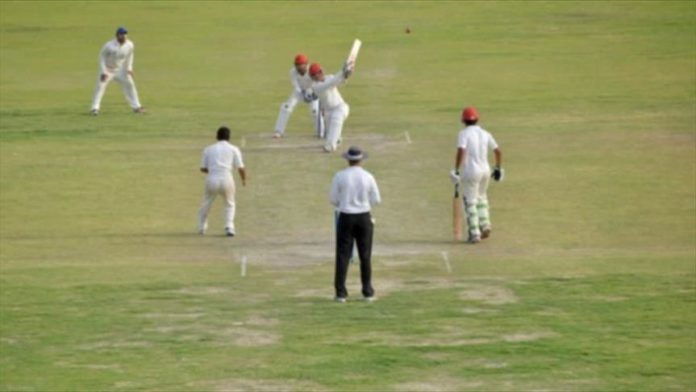 Fast bowlers have undoubtedly been the real charm in the game of cricket. Watching them take the start like a steam engine, release the leathery ball with a great pace, which swings in the air and uproots the stumps, is simply enthralling.

Swing bowling has long been an art and a key weapon of the fast bowlers against the batters. Pacers apply saliva or sweat to shine one side of the ball to better utilize the conventional movement through the air.

But the devastating coronavirus pandemic, which has wreaked havoc on the life structures across the globe, is set to alter the gentlemen’s sport as well, especially the fast bowling, following the latest rules announced by the International Cricket Council (ICC) on Tuesday.

The world governing body of cricket has “temporarily” banned the fast bowlers from applying saliva to shine the ball, which help them generate greater swing in the air. The ban, which cricket experts reckon will skew in favor of the batsmen, will be treated as implemented from the forthcoming three-match Test series between England and West Indies in the UK.

All the players and officials will be tested for the coronavirus before the match and remain quarantined before start of the series.

Also, players are going to miss the traditional cheers and claps by the spectators as all the matches will now be played closed doors with strict health protocols.

Sweat will still be allowed, however, the ICC has turned down the former cricketers’ pleas for allowing use of artificial substances, such as wax, as an alternative to the saliva.

According to Sikander Bakht, Pakistan’s former fast bowler, the ban on applying saliva will “definitely” affect the pacers’ ability to swing the ball.

“All the fast bowlers will generally take a hit from the ban but it will affect Pakistani bowlers who are used to swing with the old [used] ball, more,” Bhakt, who played 26 Tests, and 27 one-day internationals (ODIs) for Pakistan from 1976 to 1989, told Anadolu Agency.

The ban, he opined, would less affect the pacers having the ability to swing the new ball.

“Sweat is an option but only in the warm countries. What if matches are played in England, New Zealand, or other cold environments? Players would certainly be less sweating there,” said Bhakt, who currently co-hosts a sports show at a local broadcaster.

Jalal-ud-Din, a medium-fast bowler who took the first ODI hat-trick for Pakistan against Australia in 1982 in Hyderabad, opined that the ICC ban was tantamount to favoring the batsmen to a huge extent.

“Pace and movement are the two key weapons of a fast bowler. The movement heavily depends on shine. No shine means no swing,” Din who played six Tests and eight ODIs from 1982 to 1985, told Anadolu Agency.

“Every bowler is not a natural bowler to have a pace of over 90 miles per hour. Most of the fast bowlers rely on swing bowling. When the bowl is new or semi-new, it may swing without shine but once it gets older, it cannot help the pacer until it shines,” he added.

Terming the new ICC rules “batting-friendly,” he observed that it would serve as a “big” disadvantage to the fast bowlers.

“The current [cricket] rules are already batting-oriented, particularly in the short format of the game,” he went on to say, referring to batting wickets, power play, and ban on more than one bouncer in an over.

“This [new law] will leave the fast bowlers toothless if they were not given an alternative,” he said, adding that sweat alone is not enough to help fast bowlers shine the ball frequently.

Apart from pacers, he added, shine helped the spinners as well.

Qamar Ahmed, a former First class player and former BBC commentator, however, feels that ban on using saliva will not have marked change.

“Ban on saliva will have no worry for the fast bowlers. Sweat or saliva don’t make much difference. It is psychological. Good batters with skill can tackle whatever is bowled at them, [using] saliva, sweat or whatever,” Ahmed, who covered 450 Tests,738 ODIs, and nine World Cups, told Anadolu Agency.

The two former pacers see the ban on applying saliva onto the ball as “unnecessary.”

“Since, all the players will be allowed to play once they test negative for coronavirus, and also have to stay in quarantine before the match, then what’s the necessity of this ban. It’s completely incomprehensible to me,” Bhakt said.

“The ICC can allow the bowlers to apply saliva for one match, and then retest the players for COVID-19 before the next match,” he suggested.

Echoing his views, Din urged the ICC to allow the pacers to use artificial substances to shine the ball if “it really wants to provide a level-playing field to the fast bowlers.

Disagreeing with Din’s suggestion, Ahmed said: “The ICC Will not allow artificial substance like wax because it will tantamount to ball tampering.”

The three agreed that the cricket without spectators was going to be a huge challenge for fans, and players to keep their interest, and enthusiasm going.

“Closed door cricket or any sports will obviously not have the same charm. TV coverage is all right only for those who can’t make it to see live action in the arena,” Ahmed said.

“Something is better than nothing though. Money matters to keep the games going.”