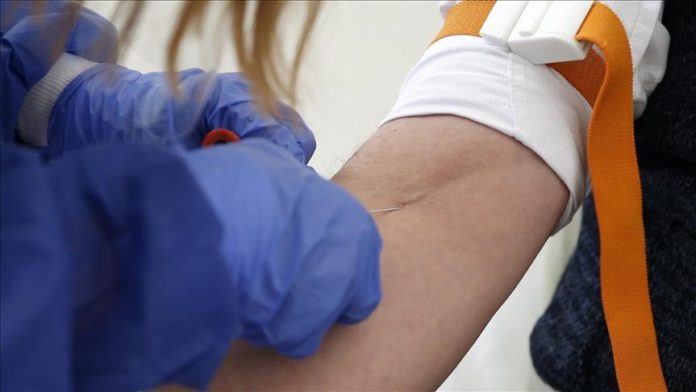 COVID-19 vaccine is the way to create a “herd immunity” to fighting the pandemic, according to an expert.

“Nearly 70 % of society needs to develop immunity to prevent harmful effects of COVID-19. Without a vaccine, it [creating herd immunity] would have taken a long time even years,” said Dr. Hakan Oguztur, administrative and educational chief in the Emergency Medicine Department at Ankara City Hospital.

Speaking to Anadolu Agency, Oguzturk emphasized that the credibility and effectiveness of a vaccine are important, not its origin, referring to the Chinese Sinovac vaccine, planned to be used in Turkey in the coming days.

He said the dead virus technique used in the production of SinoVac has been applied to fight many other viral and bacterial diseases over many years.

Oguzturk noted that the side effects that may occur after the administration of the inactive virus through vaccine are known.

“When inactivated vaccines are administered, mild rash at the application site, mild fever or malaise may occur. But we can clearly state that these pass after a short time and there are no serious side effects, “he said.

He reminded me that Turkey is also among the countries where phase-3 studies of the SinoVac vaccine are being conducted. He added that so far during clinical trials, no serious side effects have come to notice.

Explaining the efficacy, the doctor said the 70% success rate of any vaccine means that it is good for society. He said the vaccine which has reported a 90% success rate in the phase-2 studies is valuable.

“A vaccine that achieves 90% success and does not have serious side effects leads a success in fighting the pandemic,” he added.

He advised citizens to get the vaccine by following guidelines issued by scientists and avoid believing in speculation and conspiracies.

Administering vaccines as soon as possible will benefit in the fight against the virus because as the period extends, people will deeply experience the health problems, social and economic problems caused by the virus, he said

Since first appearing in Wuhan, China in December last year, COVID-19 has claimed over 1.66 million lives in 191 countries and regions.

More than 75 million cases have been reported worldwide with nearly 42 million recoveries, according to figures compiled by US-based Johns Hopkins University.

While the US, India, and Brazil remain the worst-hit countries in terms of the number of cases, Europe is in the grip of a devastating second wave of infections. ​​​​​​​