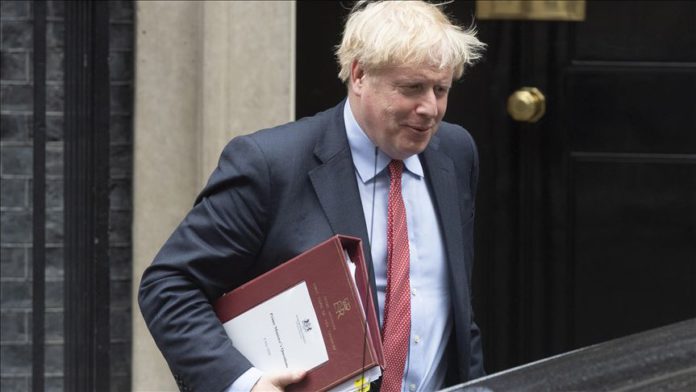 “These figures are flashing at us like dashboard warnings in a passenger jet so we must act now,” Johnson said of rising coronavirus cases, hospitalizations, and deaths.

Earlier in the day he announced a three-tier system for local coronavirus restrictions across England.

He said he was still working with local leaders in certain hotspots to figure out how best to tackle the virus.

“No-one wants to impose these kinds of restrictions,” Johnson said. “But I’m as convinced that I’ve ever been that the British people have the resolve to beat this virus and together we will do just that.”

Sunak said he knew people were “frustrated,” but that the government had a comprehensive plan to protect jobs and the economy.

Whitty said: “What people are doing now are significantly reducing the rates compared to where we would have been but we need to go further or these rates will continue inexorably to rise.”

In a key moment in the press conference, Whitty said: “I am very confident that the measures we have already taken are slowing the spread of the virus. I am not confident that the base case measures in Tier 3 will be enough which is why there is scope for local authorities to do more.”

This raises the spectre of even tighter restrictions being implemented in the highest of the three tiers announced today.