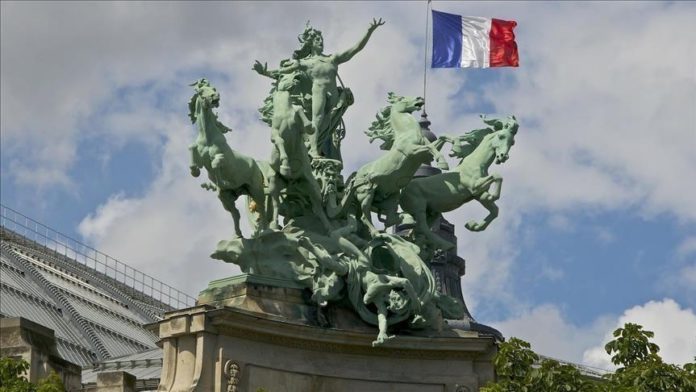 The consumption of alcohol on public roads and gatherings of more than six people will be banned in France and violators will be prosecuted, the nation’s prime minister announced on Thursday.

“This behavior of not respecting the curfew or the refusal of the wearing of the mask, we must prevent them and sanction them,” Jean Castex declared during a debate and vote in parliament on the new health measures announced by President Emmanuel Macron on Wednesday evening.

The restrictions are aimed at preventing the young from recklessly partying in the streets and avoiding the surge in Covid-19 virus cases.

France will impose a limited lockdown for four weeks from this Saturday, wherein nurseries, schools, and non-essential shops will remain shut.

Amid applause from the senators, Castex said: “We will see in particular whether the ban on gatherings of more than six people on public roads is respected, alcohol consumption in public space will be prohibited.”

Access to certain sites favorable to large gatherings, like the river banks, will also be curtailed locally.

The head of the state’s remarks was made in the light of a large “party” on Tuesday evening, post-curfew time, on the Saone quays, the docks adjoining the river in Lyon city.

Several “clandestine parties” in Paris, Marseille, and other parts have continued in violation of the national lockdown and curfew measures through last October.

Images and videos on social media showed several hundred revelers in Lyon, most of whom wore no masks, dancing to loud music, drinking alcohol, as the daylight temperatures warmed up to 23 degrees Celsius (73 degrees Fahrenheit) across France.

Authorities in Lyon condoned the rally as “irresponsible and unacceptable,” but refused police action to break the gathering given the proximity of the river and the danger it would have created, the official account said on Twitter.

Speaking in parliament, Castex warned the third wave was hitting harder. Noting the virus strikes younger patients and in greater proportions, he detailed that in the last two weeks, the number of cases has increased by 55%, 38,000 per day.

“The British variant continues to accelerate, we too must accelerate and take reinforced measures if we want to break the pandemic spiral,” he said.

Of the 96 metropolitan departments, 92 were currently experiencing an acceleration in viral circulation and about 20 saw an increase of more than 40% in infections.

“It is necessary to act strongly, quickly and everywhere, and according to the same rules,” he urged.

The opposition members threatened to boycott the voting procedure to approve the restrictions, as they contended Macron’s announcements were unilateral.