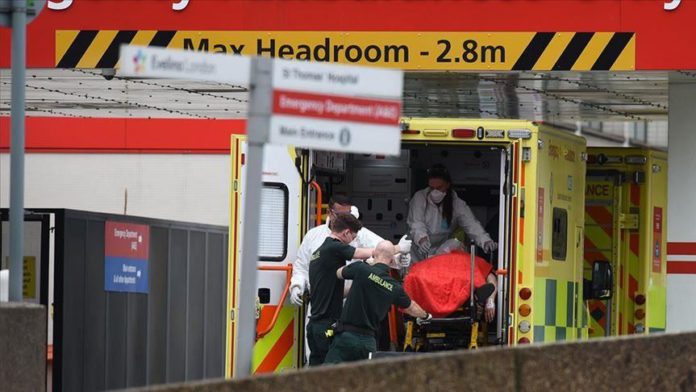 Britain announced on Friday that there were a further 13,864 positive cases of coronavirus across the UK over the past 24 hours, bringing the total to date to 575,679.

Earlier in the day, the Office for National Statistics announced that there had been a “marked increase” in the rate of new COVID-19 infections over the past six weeks.

Sir Jeremy Farrar, a member of the government’s Scientific Advisory Group for Emergencies, warned the UK was now “back to choices faced in early March.”

“The tragedy is how predictable this has been since at least early July. It was not inevitable,” tweeted Farrar, who is also director of the Wellcome Trust, a health research foundation.

“It is not inevitable now that this worsens, but to avoid spiralling out of control [there] needs to be action now.”

He added: “With the lag time between making a decision, its implementation & its effect measured in weeks the longer the decisions are delayed the harder & more draconian are the interventions needed to change trajectory of epidemic curve,” he tweeted.

“Don’t act slower than the speed of the epidemic, don’t get behind an epidemic curve. So much harder to turn that epidemic curve around,” he urged.

“Every day that a decision is delayed or deferred is a decision in itself & in the fast moving dynamic phase of an epidemic any delay has its own consequences,” he warned.