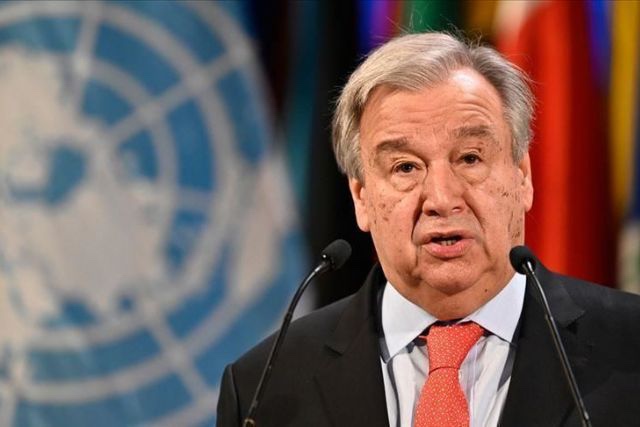 The UN chief said in a video message there is more than enough food to feed 7.8 billion people but today 820 million are hungry.

“Our food systems are failing, and COVID-19 pandemic is making things worse. Unless immediate action is taken, it is increasingly clear that there is an impending global food emergency that could have long term impacts on hundreds of millions of children and adults,” said Guterres.

He warned that 49 million more people this year may fall into extreme poverty due to the global pandemic.

“The number of people who are acutely food or nutrition insecure will rapidly expand,” Guterres added.

The UN’s Food and Agriculture Organization (FAO) Director-General QU Dongyu said earlier Tuesday that the pandemic is posing danger to food security and nutrition, especially to the world’s most vulnerable communities.

The FAO chief said the impact of COVID-19 was already being seen in some of the world’s food crisis hotspots.

In Somalia, 3.5 million people are projected to face crisis or worse in the coming months, according to UN estimates.

The US, Brazil, Russia and several European countries are currently the hardest hit in the world.

The pandemic has killed nearly 408,000 people worldwide, with more than 7.16 million confirmed cases and more than 3.3 million recoveries, according to figures compiled by the US’ Johns Hopkins University.