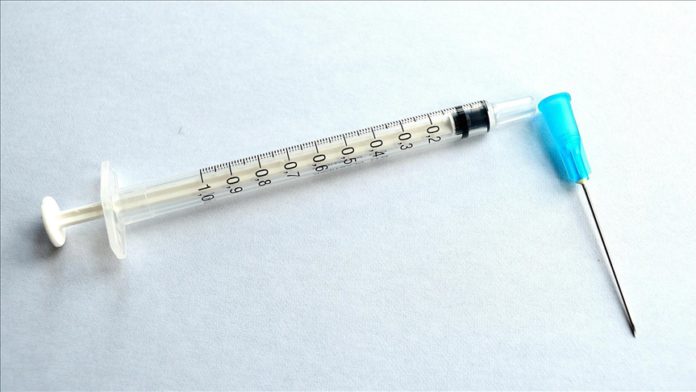 As European countries prepare for mass coronavirus vaccination drives in the coming weeks, worries over a strong anti-vaccination movement are growing stronger by the day.

The European Medicines Agency has said it will review the Pfizer/BioNTech vaccine by Dec. 29, and the one developed by Moderna a week later.

But governments across Europe face an uphill task in persuading people to get vaccinated amid strong skepticism about immunization.

France, once home to Louis Pasteur, the father of immunology, is now one of the most vaccine-skeptical countries in Europe.

A recent Ipsos poll suggests that only 59% of the French public are willing to get a COVID-19 shot, the lowest in 15 countries, trailing behind the US and Spain at 64%, and Italy at 65%.

In the UK, the first country to roll out the Pfizer-BioNTech coronavirus vaccine this week, one in five people (21%) are unlikely to take the vaccine, although just 8% of those say they are against vaccines in general.

In the Netherlands, only 51% of participants in a July survey said they were open to getting inoculated. As many as 35,000 people responded to the study, done by current affairs TV show EenVandaag.

Experts estimate at least 60%-70% of the population will need the vaccine to achieve herd immunity, and thus for the world to see normalization, ending lockdowns and travel bans.

Many blame concerns over vaccines’ efficacy and side effects for public reluctance, but a proliferation of disinformation is one of the major causes behind the large amount of mistrust.

Newsguard, an analytics firm monitoring “anti-vax” content for the World Health Organization and other groups, listed more than 360 news and information sites in the UK, US, Germany, France, and Italy involved in publishing fake news about the pandemic.

Dozens of “super-spreader” accounts peddling anti-vax misinformation to millions of users across platforms such as Facebook, Instagram, and YouTube were also identified, Anna-Sophie Harling, head of Europe at NewsGuard, told Anadolu Agency.

“Through recommendations and pop-up suggestions, tech platforms create an online environment that overloads users with false narratives and dangerous misinformation about vaccines,” she said.

Among the top falsehoods circulated on those pages include claims that the vaccines will use microchip surveillance technology or will alter human DNA.

More than 30 European Facebook pages have been detected spreading such myths to over 13 million users.

Raising concerns over the spread of disinformation and fake news, governments have upped the pressure on social media giants to counter the “infodemic.”

YouTube has made similar pledges to delete misleading claims.

Harling hopes Facebook, which in the past relied on relied on a mix of secretive “black-box” artificial intelligence algorithms with no transparency and anonymous moderators, will employ a different approach this time.

“The lack of disclosure and transparency allows conspiracy theorists, including those peddling these hoaxes, to double down on existing conspiracies and create new conspiracies about cover-ups,” she said.

Besides dealing with online misinformation, governments across Europe are also trying to find ways to persuade people to take the vaccine.

Some countries, including France, are even considering making the shots compulsory.

“My fear is that not enough French people will get vaccinated,” Prime Minister Jean Castex said in a speech last month.

French Green Party MEP Yannick Yadot has called on the government to make the vaccine compulsory. President Emmanuel Macron, however, is not in favor of this idea.

British Prime Minister Boris Johnson, who previously described anti-vaxxers as “nuts,” may take the COVID-19 vaccine live on television to show people it is safe.

Other European leaders might adapt the same strategy to encourage the public, and Turkish President Recep Tayyip Erdogan recently made a similar pledge.

Given the tall hurdles that face vaccination, along with logistical challenges, the road to full immunization is surely a long one ahead.

Azerbaijan thanks Turkey for medical aid amid COVID-19