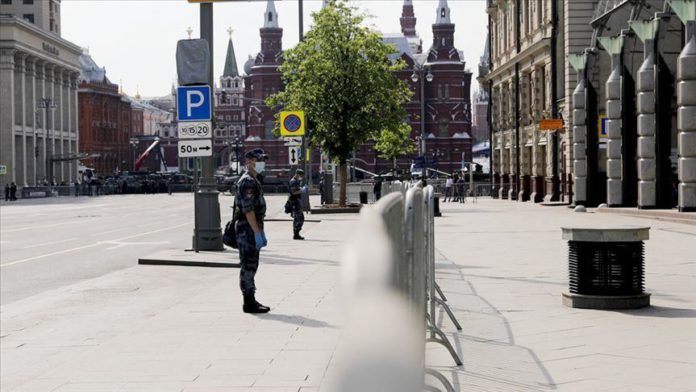 For the first time since the beginning of the novel coronavirus pandemic, weekly recoveries in Russia outnumbered new cases.

The country saw fewer cases and more recoveries over the last seven days compared to the previous week, according to data by its emergency task force.

Meanwhile, despite the daily death toll falling to 109 — its lowest since May 25 — on Sunday, fatalities were relatively higher with 1,163 over 1,089 the previous week.

Over the same period, 109 fatalities were registered, raising the death toll to 8,111.

On Friday, President Vladimir Putin said the country was “coming out of the coronavirus pandemic with minimal losses.”

However, he told officials that there were still “enough problems and not everything and not everywhere is as good as we would like.”

As for the economy, he said it was able “to sustain heavy loads and work uninterruptedly in difficult conditions.”

Despite the recent decrease in infections, Russia remains the third worst-hit country in the world in terms of total COVID-19 cases, only behind Brazil and the US.

Since originating in China last December, the pandemic has claimed over 464,700 lives in 188 countries and regions.

More than 8.8 million cases have been reported worldwide, while over 4.37 million patients have recovered so far, according to figures compiled by the US’ Johns Hopkins University.