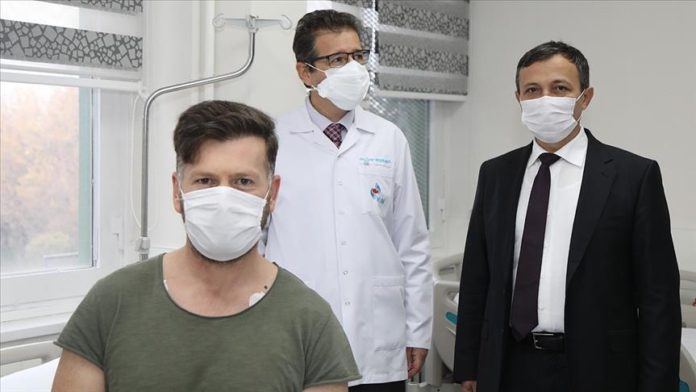 The second dose of a potential Turkey-made COVID-19 vaccine was administered to a volunteer on Thursday.

“The administration of the second dose of the indigenous vaccine candidate began today. We are hopeful,” Health Minister Fahrettin Koca said on Twitter.

The vaccine is being developed at the Erciyes University in the central Kayseri province with support from Turkey’s Institutes of Health Administration (TUSEB).

The university said in a statement that Phase-1 trials are ongoing. The first dose was administered to a volunteer on Nov. 5 and the second shot was given to the same volunteer 21 days later.

Forty-four other volunteers between the ages 18-55 were also administered the first dose of the vaccine, Rector Mustafa Calis said, adding that no side effects were reported.

The volunteer who received the second dose is also in good condition, he said.

Since it emerged last December in China, COVID-19 has infected over 60.7 million people and claimed more than 1.42 million lives worldwide, according to a tally by the US’ Johns Hopkins University.