TurkishPress
Home News ‘COVID-19 vaccine may be available in November’ 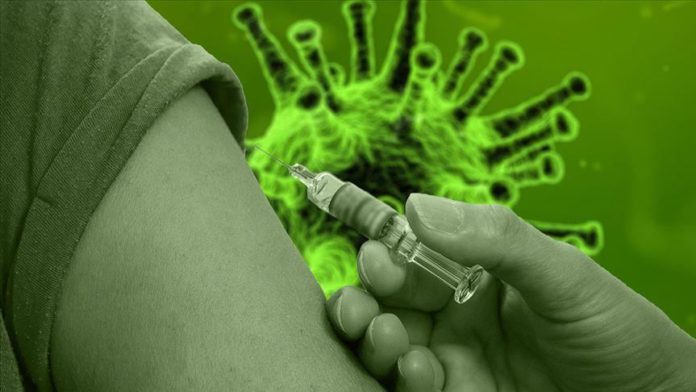 A coronavirus vaccine could become available at the end of this year, according to a leading Turkish medic.

Tufan Tukek, the dean of Istanbul University’s Medical School, told Anadolu Agency that he expects “the vaccine will be released in November or December.”

“All countries united [to find a vaccine] by November. Everybody is competing to finish it by November because countries have no tolerance anymore. They want to get rid of [coronavirus] as soon as possible,” he added.

The virus poses “a huge burden on both the economy and the healthcare system,” Tukek said. “The way to get rid of this seems like a vaccine.”

He said that earlier, a vaccine developed by Germany was expected to be tested, but later it was postponed due to the small number of patients in Turkey.

Turkey is in contact with both China and Russia, he said, adding: “Trials of the vaccine from China began.”

“Around 17 centers in Turkey will do the work. We’re also involved in these studies. Volunteers are being found gradually,” he explained.

Highlighting that Istanbul University Medical School has a COVID-19 Patients Monitoring Center, Tukek said: “The research was turned into articles and sent to journals for publication. We observe that people with severe COVID-19 didn’t recover completely and continue their lives with certain difficulties.”

“This is something we just experienced. We face such a pandemic every 100 years. After the process is over, it seems that people who experienced the disease will be struggling with health problems in the days to come,” he added.

“Some of these are completely recovered, they survive without any problems. These are the people who get over the mild cases. But those with severe pneumonia really seem to have major problems,” he explained.

According to Tukek, as the world has only six months of experience with the virus, it may be too early to speak, but those who recover from the illness after a heavy bout “will have some trouble.”

Tukek also noted that although millions of people around the world are infected with the virus, only a few reinfections were reported.

“Theoretically, every infection has a chance to recur, but one in a million, or one in ten million,” he explained.

“There are millions of people who have recovered so far and none of them have such an outcome. Just one case isn’t very convincing either,” he added.

He explained he was talking about the virus in its current form: “If the virus mutates and people are re-infected in the future, it’s a separate [issue]. It’s difficult for us to argue that they were re-infected with the same virus.”

Tukek also urged people to be calm amid the pandemic.

“There’s no need for panic. Let’s follow precautions without fear. ‘This disease will infect everyone,’ There is no such rule,” he said.

Most people will likely avoid infection, he stressed.

“Our [healthcare] system is sufficient for people who are sick. They can take the necessary medications; our tracking system is fine,” he said.

“All we have to do is to abide by the precautions and protect ourselves until the vaccination studies are over and vaccination becomes widespread,” he added.

As of Thursday, 298,039 people tested positive for coronavirus across Turkey, with the total death toll standing at 7,315.

More than 30.2 million people have been infected globally, with nearly 947,000 deaths and 20.55 million recoveries, according to figures compiled by the US’ Johns Hopkins University.