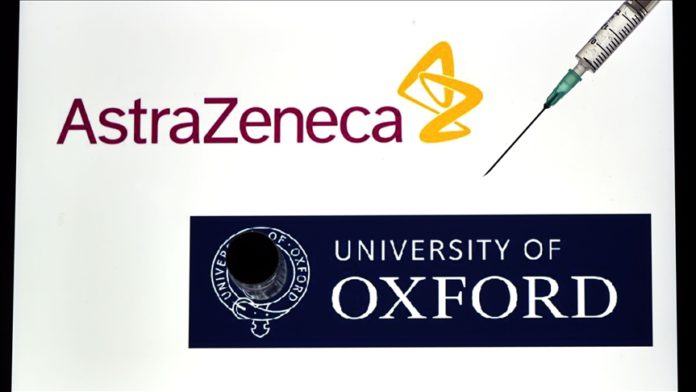 The Oxford-AstraZeneca vaccine developed by UK scientists was found Friday to be effective against the first variant of the coronavirus which originated in Kent, southwest UK.

Researchers said it has similar efficacy against the Kent mutation, also known as B.1.1.7, as it has with against the original virus.

The first variant was detected in southwest England at the beginning of December and resulted in the number of cases rising exponentially, forcing the government to announce an unprecedented third national lockdown.

The South African variant was also discovered in several areas across the UK, including Liverpool, Bristol and London. The government, however, has launched emergency testing in many of those areas in a bid to contain the spread.

Between Jan. 30 and Feb. 5, 138,760 people had a confirmed positive test result on the government’s official COVID-19 website, representing a 26.5% decrease in infections compared to the previous week.

There was a nearly 18% decrease in fatalities compared with the same. The number of deaths stands at 112,660.

On Tuesday, more than 10 million vaccinations had been administered.

The UK reached a milestone Wednesday when more than 10 million people were inoculated with a first dose.

By Thursday, nearly 11 million people had received a first dose of the vaccine with the number who received a second dose at 505,993.