TurkishPress
Home News COVID-19: Turkish economy to be among fastest-recovered 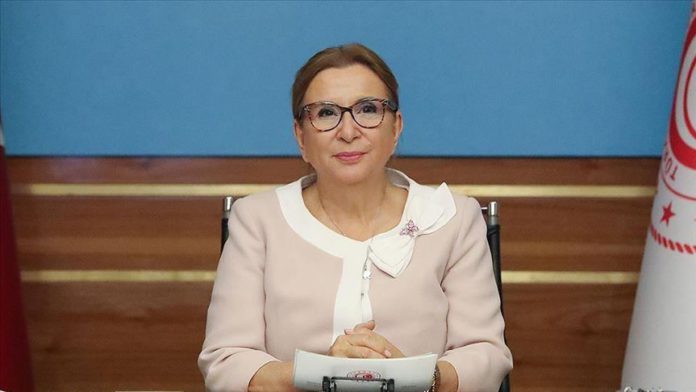 Turkey will be among the fastest-recovering countries from the novel coronavirus pandemic, its top trade official said Thursday.

According to the latest OECD report, Turkey — after China and South Korea — will be among the least affected countries by the global economic downturn caused by the pandemic, Trade Minister Ruhsar Pekcan said during the Turkey-Africa Business Forum, organized by Turkey’s Foreign Economic Relations Board (DEIK).

At the event, participants are discussing post-pandemic economic relations between Turkey and Africa, as well as several other topics such as e-commerce, agriculture and free trade agreements, she noted.

Pekcan underlined that the forum was hosting business people from 81 countries, of which over 60 of were African nations, adding that more than 50 international speakers would speak at the event.

“Turkey prioritizes the concept of win-win with Africa relations,” she underlined.

Pekcan said that while Turkey defends its rights and benefits, it attaches importance to the rights of the least developed countries as well.

She recalled that Turkey’s bilateral trade was up by 7%, reaching $26.2 billion last year and stranding at $18.2 billion in the first nine months of 2020 despite the virus outbreak.

Trade and investment between the two sides will expand further in the coming period, Pekcan added.

Nail Olpak, chairman of the DEIK, said: “We can develop more investment and cooperation projects, including PPP [public-private partnerships], especially in areas such as health, transportation, engineering and architecture, banking, manufacturing and industry where information technologies are used.

During his speech, Olpak noted Pekcan’s ongoing efforts to establish logistics centers in Africa, saying these centers are very important in terms of supply chains.

He said the 2063 vision of the African Union and its goals in manufacturing, industrialization and value-added production, which are set to transform Africa into a global power center, also shaped Turkey’s economic relations with the continent.

The biggest problem, on the other hand, of the Turkish private sector in Africa is the financing of its activities, he said, adding that though Turk Eximbank provided intensive support for these operations, more support was needed.

Before the pandemic, Africa’s GDP growth forecast for 2020 had been 3.4%. The current predictions are between minus 4.9% and minus 2.1%, Harison stated.

The inflation rate is currently over 5% in several African countries, he added.

The continent needs to raise its manufacturing exports and reduce the use of processed goods to close its fiscal gap, said Harison.