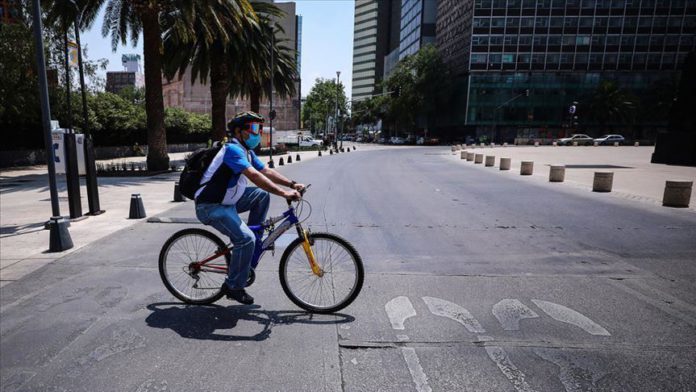 And as the number of victims in the region rose sharply, so did the unemployment rate, fueled by the pandemic.

Although some countries are starting to see worrying unemployment figures, experts say the data does not yet fully contemplate the economic effects the crisis will generate in the region.

The coronavirus outbreak is beginning to effect one of the most economically stable countries in the region, which reached 8.2% unemployment in the first quarter, compared to a 7.2% average in the first three months of 2019, the Institute of Statistics (INE) said Thursday.

Labor Minister María Jose Zaldivar warned Wednesday that INE data “could lead us to minimize what is really happening” because it only shows the first 15 days of the effects of the pandemic in a country that has reported more than 16,000 cases and 227 deaths.

Industries with the sharpest spike in unemployment are fishing, agriculture, manufacturing and teaching, according to INE.

The unemployment rate rose to 12.2% in the last three months, meaning more than 1 million people are out of work during the first quarter, the biggest rise in three years, statistics agency IBGE said Thursday.

Shortly after the figures were released, Privatization Secretary Salim Mattar said the numbers could double due to the virus and he claimed the real outcome will become clearer after the second quarter.

The unemployment rate “may increase between 50% to 100%,” Mattar said.

In March, the unemployment rate reached 12.6%, according to the National Department of Statistics (DANE), 1.8 percentage points higher than at the same time last year.

Agency director Juan Daniel Oviedo said it is the highest unemployment indicator in the last decade and it took a significant leap from March 2019, when the rate was 10.8%.

President Ivan Duque established mandatory social isolation measures until 11 May to contain the spread of the virus, which has left 6,211 infected and 278 dead.

The unemployment rate could exceed 10.7%, which would be the highest seen in many of the biggest economic crises experienced in the Central American country.

During a National Conference for Economic Recovery on Wednesday, Deputy Governor of the Bank of Mexico Jonathan Heat said one of the most pressing factors about the economic crisis will be unemployment.