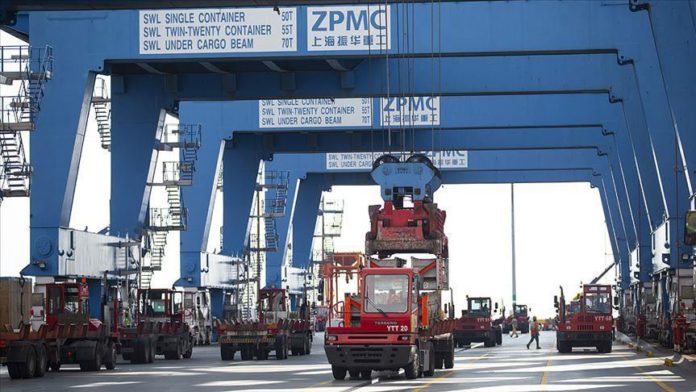 The global economy is projected to contract by 3.2% this year, against the backdrop of the devastating coronavirus pandemic, according to a UN report released Wednesday.

World trade is forecast to shrink by nearly 15% in 2020 amid sharply reduced global demand and disruptions in global supply chains, according to the United Nations World Economic Situation and Prospects (WESP) mid-2020 report.

The pandemic is expected to slash global economic output by $8.5 trillion over next two years, wiping out nearly all gains of the previous four years,

Marking the sharpest contraction since the great depression in 1930’s, the forecast came on top of anaemic economic forecasts of 2.1% at the beginning of this year.

The report estimated that the growth in developed economies will plunge to 5.0% this year, before picking up next year.

The output of developing countries will shrink by 0.7%, the report noted.

Some 34.3 million people are estimated to fall below the extreme poverty line in 2020 due to coronavirus, the report said, adding more than half of this is occurring in African countries.

An additional 130 million people may join the ranks of people living in extreme poverty by 2030, dealing a huge blow to global efforts for eradicating extreme poverty and hunger.

The pandemic, which is disproportionately hurting low-skilled, low-wage jobs, while leaving higher-skilled jobs less affected – will further widen income inequality within and between countries.

Elliott Harris, UN assistant secretary-general for economic development, highlighted that the ability of countries to protect jobs and incomes will be effective on the pace and strength of the recovery from the crisis beside the efficacy of public health measures.

Stating that the virus will accelerate digitalization and automation, the report warned that a rapid surge in economic activities online will likely eliminate many existing jobs, while creating new jobs in the digital economy.