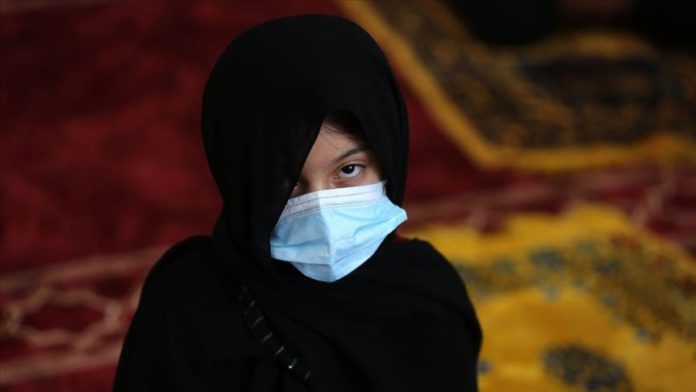 In a statement, the Omani Health Ministry said six people had died from the disease over the past 24 hours, bringing the nationwide death toll to 159.

A further 919 infections were recorded, pushing the figure to 36,953, while recoveries rose to 20,363 after 881 people had recovered, the ministry said.

In Morocco, the Health Ministry said 221 people tested positive for the virus, while 44 patients recovered, taking the total infections to 11,854 infections and 8,700 recoveries.

The country’s death toll from the disease now stands at 218.

In Palestine, the Health Ministry said 67 new cases were registered, pushing the figure in the West Bank and Gaza Strip to 1,862.

So far, Palestinian authorities have reported five deaths from the illness.

In Libya, the National Center for Disease Control said 15 more people tested positive for the virus, taking the figure to 713, including 18 deaths.

Since originating in China last December, the pandemic has claimed more than 493,000 lives in 188 countries and regions.

More than 9.7 million cases have been reported worldwide, while an excess of 4.9 million patients have recovered, according to figures compiled by US-based Johns Hopkins University.