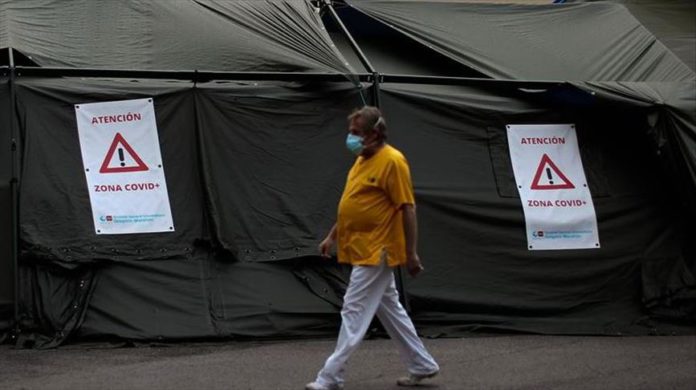 As Spanish health authorities have been battling around 120 COVID-19 outbreaks, the Health Ministry registered 666 more cases on Tuesday.

It is the second-highest daily jump since late May and has brought the total number of infections to 256,619.

The number of infections over the last week — nearly 4,300 — has doubled from a week ago and reached the highest number since the ministry changed its reporting methods in late May.

The Health Ministry said on Monday night that the country is currently dealing with around 120 active outbreaks.

Infections have been steadily increasing since the country entered into the new normal on June 21, opening borders, free internal movement and restarting the vast majority of economic activities.

Around half of the new diagnoses over the last week occurred in Catalonia.

The area surrounding the Catalan city of Lleida has been cordoned off and the regional government has decreed stay-at-home orders for all residents starting at midnight Tuesday.

The Catalan government had originally told people in the area to stay at home starting Monday, but a local judge toppled the order, saying it did not satisfy legal criteria.

“Weeks ago, the majority of cases were in older people. Now, practically all the increases are seen in people under 50,” he said. “The new normality does not mean not having fun, it means doing it in a different way.”

In total, the Spanish Health Ministry has confirmed 28,409 deaths from the virus, three more than on Monday.

US clear what it wants from India, New Delhi not: Expert