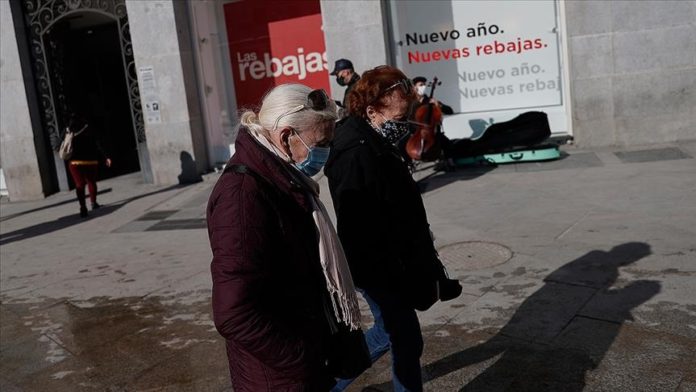 At least one-quarter of citizens summoned to work at polling stations during upcoming Catalan elections have officially requested to be excused, according to data provided Thursday by the Catalan High Court.

The main reasons cited for not wanting to work are medical conditions or family members who are vulnerable to developing serious coronavirus conditions, according to the EFE news agency.

When Catalans go to the polls Feb. 14, even people with active COVID-19 infections or those who should be in quarantine will be able to cast ballots in-person during a one-hour time slot beginning at 7 p.m.

The Catalan government has promised to provide full personal protective equipment to everyone summoned to work at polling stations, similar to what doctors would wear in a COVID ward at a hospital.

“There is obviously a risk of contagion, so even if you don’t have any risk factors, anyone should be given the right to reject being exposed to COVID-19 and infecting their family members,” David de la Fuente, a 34-year-old who requested to be excused from the polling station, told Spanish broadcaster COPE on Thursday.

“What worries me most is seeing the number of deaths and contagions and that doctors and epidemiologists say that the elections will be risky,” he added.

The Catalan Parliament voted in January to postpone elections until May 30 due to high levels of coronavirus transmission. Later, the Catalan High Court overruled that decision and reinstated elections for mid-February.

This week, one of the region’s most esteemed epidemiologists, Oriol Mitja, wrote a letter to the Catalan Electoral Commission urging officials to facilitate mail-in voting for those in quarantine or isolation but not allowing them to vote in person.

More than 20,000 people have formally petitioned to avoid work during the election, but that number is likely to rise as data provided by the court Thursday is incomplete.

The court will be able to reject their petitions.

Anyone who does not show up to the polling stations without a valid excuse can face a fine of up to €5,400 ($6,400) or even as much as a year in prison, though no legal precedent has been set for during a pandemic.

The President of the Barcelona Electoral Council floated the possibility of asking people to volunteer to work Wednesday but the idea was quashed as it does not comply with electoral rules.

Catalan politician Jessica Albiach asked the government to call on more people to work on the electoral stations.

Catalonia has confirmed nearly 38,000 new coronavirus infections in the past two weeks – meaning around one in every 200 residents has caught the virus.

At the moment, 50% of the region’s intensive care units are being used to treat COVID-19 patients.