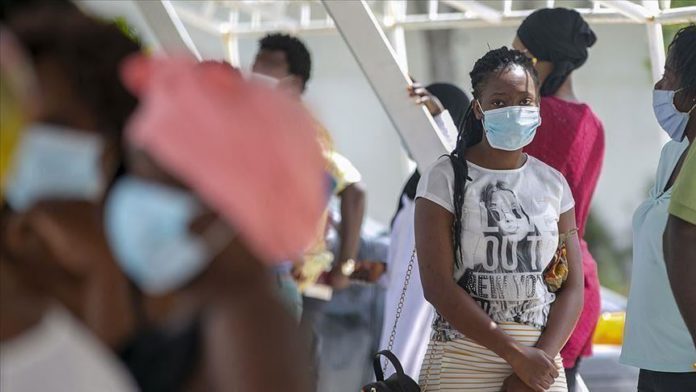 Damage over COVID-19 pandemic-related travel restrictions is expected to cause loss of 4.5 million African jobs in the aviation sector and aviation-supported industries in the African continent this year, an international report warned Thursday.

The Air Transport Action Group revealed that out of region’s 7.7 million aviation-related employment in Africa, some 4.5 million African jobs are expected to be lost this year in the aviation sector as well as industries supported by aviation, Africa Newsroom website reported.

In the aviation sector alone, the report said some 172,000 jobs in Africa are expected to be lost by the end of 2020, what shapes roughly 40% of the continent’s 440,000 aviation jobs, according to the website.

Regarding the aviation sector’s share in the African economy, it is estimated the continent’s GDP will fall by up to $37 billion — 58% lower compared to pre-pandemic levels.

“The breakdown in air connectivity in Africa has severe social and economic consequences for millions. No income means the lack of a social safety net for many,” Africa-newsroom quoted International Air Transport Association’s (IATA’s) Regional Vice President for Africa and the Middle East Muhammad Albakri, as saying.

“Governments need to do all they can to reconnect the continent safely. Keeping borders closed, or imposing measures such as quarantines, that deter air travel, will result in many more livelihoods being lost and further economic shrinkage along with hardship and poverty,” he added.

The report came as 31 African countries are re-opening their borders to regional and international air flights months after closing their skies over the pandemic. However, some 22 African countries are still imposing a mandatory 14-day quarantine on travelers — regarded by the IATA as a move that stops people from traveling.

Instead, the IATA is urging a systematic testing of travelers before departure to ensure safety without imposing quarantine, according to the report.

So far, over 1.4 million COVID-19 cases have been confirmed in Africa, including 35,000 deaths and 1.2 million recoveries, according to the World Health Organization Thursday.