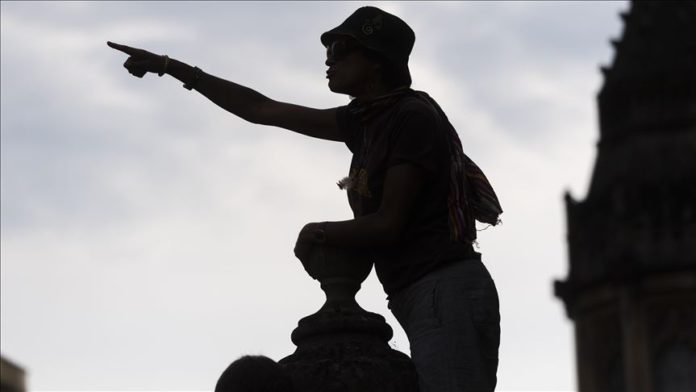 South Africa’s largest teachers union Tuesday called on authorities to close schools until the number of COVID-19 cases drop in the country which has the most infections on the continent.

“The community infections have been rising since the reopening of schools and [it is] inevitably affecting the schools,” Mugwena Maluleke, the general secretary of the South African Democratic Teachers Union (Sadtu), said in a virtual media briefing.

Maluleke said Sadtu reached a decision to call for the closure of schools after holding a special meeting with its executives to discuss the spread of the virus in schools.

“In the country, the virus is reaching its peak and at the same time, we are in winter season known as the influenza season,’’ he said, adding that if schools remain open, learners, teachers, and academic staff would be at high risk of contracting the virus as South Africa approaches its peak of infections.

According to Health Minister Zweli Mkhize, the number of recoveries is 138,241, which translates to a recovery rate of 48%.

Last month, over 100 schools in South Africa were temporarily shut for decontamination, and contact tracing, after cases of infections were reported at these schools.

Schools started to reopen in the country on June 8, with Grade 7 and Grade 12 students returning to classrooms as the government started gradually easing a lockdown imposed nearly three months ago.

Sadtu said teachers and learners were worried of getting infected. “All evidence on the ground is that there is no effective teaching and learning that is taking place under the current conditions,’’ Maluleke said.

The union has suggested that learners can be taught through other mediums such TV and radio or online tools as schools remain closed.

But Mkhize has advised South Africans to adopt and learn to live with the disease which will be around for a longtime until a vaccine is found.

“We need to open up the schools because we need to understand to coexist with the virus and know how to behave where there is a viral infection,’’ he said.