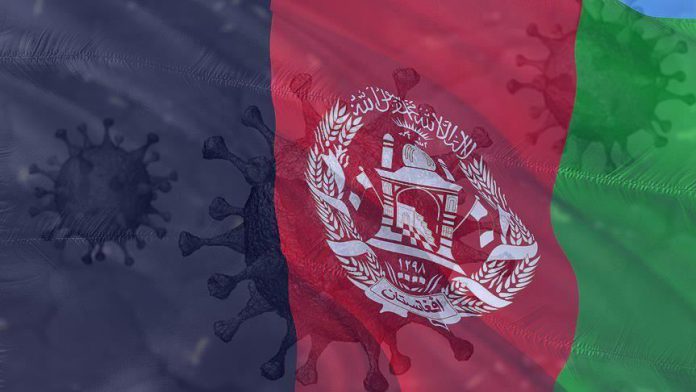 Frontline Afghan health workers find themselves in dire straits as the coronavirus pandemic ripped through their ranks with an upward trajectory killing at least three doctors in the capital Kabul alone, officials confirmed.

As the war-ravaged country grappled with the pandemic, Dr. Hanifullah Hanif, a specialist physician for internal medicine at a private hospital in the city, was the first person in the fragile health system to lose his life to the virus.

He was followed by Dr. Yousef Aryoubi, a public hospital doctor in the capital city, while Dr. Iqbal Omari, a surgeon at the Indira Gandhi Children’s Health Hospital in Kabul, was the third doctor to lose his life due to the novel coronavirus in Kabul this month.

In an open letter, Omari’s close family relative Ali Sami harshly criticized the health system for failing to save the doctor’s life.

“After hours of argument and phone calls to top politicians, a room [at the Afghan-Japan hospital dedicated for COVID-10 patients in Kabul] was allotted to him [Dr. Omar], but from 6 a.m. to 2 p.m., neither a doctor, nor a nurse, nor any other staff member approached him,” said Sami, also a PhD candidate in economics at the University of Corinth, Hungary.

“The ventilator was not provided. They [family members] had to bring him [Dr. Omar] home again.

“Dozens of other hospitals were referred, and all responded negatively. Many organizations and countries have so far helped us with about $150 million in the war against coronavirus, but our situation is practically ruined and there is no attention or management at all,” he added.

Prior to this, Dr. Aryoubi’s brother Zalmay Aryaee staged a desperate protest in front of the same hospital pleading for help.

“My brother [Aryoubi] died here at this hospital and now all of our family members are infected with the disease because they [Health Ministry officials at the hospital] delayed the test results for nine days […] we all are going to die and this corrupt government is busy with corruption,” he said in a social media video post that went viral.

“My entire family is in danger. My sister died. Two of my brothers died, and now I am also suffering from the deadly virus,” he added.

The country’s Health Minister Ferozuddin Feroz said on Saturday that around 50% of the public sector doctors are engaged in fighting COVID-19 while efforts are underway to convince more to come to the frontline.

“We are trying to bring another 50% into the campaign against the coronavirus,” the minister said during a press conference.

The ministry’s spokesman Wahidullah Mayar told Anadolu Agency that the virus has posed a daunting challenge as it has now adopted a more dangerous pandemic posture with domestic transmission among people within Afghanistan.

“Necessary measures have been taken. Unfortunately, we are in a difficult situation, and we will solve the problems where there have been flaws,” he added.

One of its neighbors, China was the epicenter of the coronavirus outbreak, and another, Iran is among the world’s worst-hit countries, and a third, Pakistan’s tally is in the thousands and rising daily. Yet, somehow, Afghanistan’s COVID-19 numbers remain surprisingly low.

In a country of over 35 million people, just over 1,000 cases have been registered so far — nearly two months after the first case was reported on Feb. 24.

Afghanistan faced up to the COVID-19 challenge almost three months after the new coronavirus, since named SARS-CoV-2, was first detected in China last December.

The threat came knocking on the country’s western border with Iran, when thousands of panicked Afghan refugees started returning, voluntarily or otherwise, with evident symptoms of the disease.

More recently, thousands more have come back from the eastern neighbor Pakistan, which had nearly 5,000 cases of its own by Friday, without any health checks or other safety measures.

As the infections go up with the spread of the virus in densely populated Kabul, the acute shortage of resources for COVID-19 tests, as well as isolation and treatment facilities, begin to emerge more prominently as serious challenges across the country.

There has been a barrage of allegations from provinces against top officials in Kabul for monopolizing the available resources while turning a blind eye to the needy and vulnerable in the remote parts of the country.

Naqibullah Fayeq, the governor of the northern Faryab province bordering Turkmenistan, said: “In Faryab and a number of other provinces, a number of suspected coronavirus patients are waiting for their tests for days, but in Kabul, hundreds of powerful figures are having their tests done out of curiosity,” an allegation that the health minister did not reject.

“A governor is a governor. A strongman is a strongman. What can my poor white-coat staff do against them?” Ferozuddin Feroz said.

The coronavirus has spread to at least 185 countries and regions since emerging in Wuhan, China last December, with the U.S. and Europe now the hardest-hit areas.

So far, Afghanistan has confirmed 1,026 coronavirus cases with 36 deaths, while 135 people have recovered from the deadly virus.

More than 2.48 million cases have been reported worldwide, with the death toll over 170,500 and recoveries nearing 653,800 recoveries, according to data compiled by the U.S.-based Johns Hopkins University.