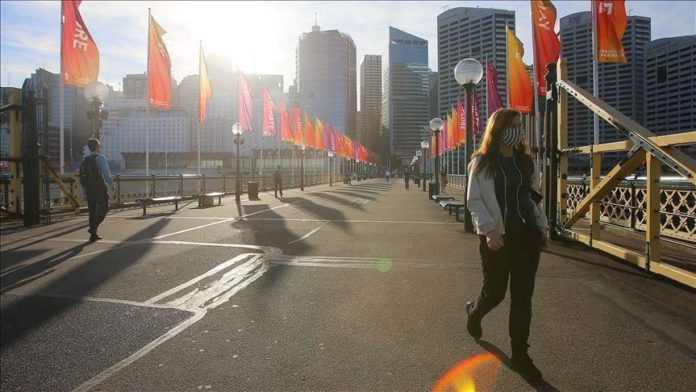 Coronavirus restrictions in Australia will be eased in three phases from May to July, local media reported on Friday.

Prime Minister Scott Morrison announced the plan after his Cabinet approved a “three-step roadmap” which he said would hopefully be rolled out by July, according to state-broadcaster ABC News.

The decision comes as Australia’s overall case count stands at 6,896, including 97 deaths and 6,035 recoveries.

In the first phase, restaurants, cafes, and shopping centers will reopen, along with libraries, community centers, and playgrounds.

Australians will also be able to undertake local and regional travel.

People will be allowed to have five visitors at home, while a maximum of 10 people can gather in business and public places.

Weddings will be permitted too, with a maximum of 13 people, while 20 and 30 mourners can attend indoor and outdoor funeral services, respectively.

Gyms, cinemas, galleries, beauty salons, and amusement parks will reopen in phase two, which is likely to commence from June 15, according to ABC News.

Gatherings of 20 people will be allowed at homes, businesses, and public places, along with some interstate travel.

In the final stage, gatherings of 100 people will be allowed, while nightclubs, food courts, and saunas will reopen.

Morrison said life would be closer to normal once the country enters the third phase.

However, international travel was not included in the three-stage plan, as the premier said it was not yet under consideration.

“I can’t see that happening anytime soon,” ABC News quoted him as saying.

Soon after the prime minister’s announcement, several states including Queensland, South Australia, and Tasmania announced they would be easing certain restrictions.