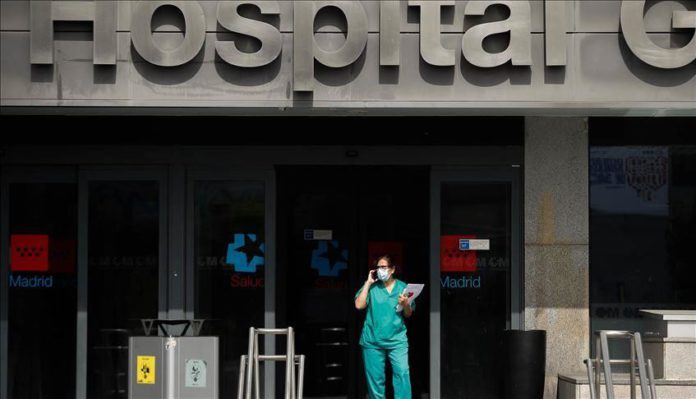 Four cases of coronavirus reinfection have been documented in the Spanish region of Catalonia, including one with serious symptoms, said local health officials on Monday.

The serious case was identified in a doctor who has stabilized but is still fighting for his life in intensive care in a Barcelona hospital, according to Dr. Bonaventura Clotet, Spanish epidemiologist and head of the infectious diseases unit at the hospital.

The doctor currently being treated in the ICU had a much milder case of COVID-19 in March.

Clotet told radio station RAC1 that the four cases of reinfection have been documented as part of his research, which is not yet published.

Clotet warned those who have recovered from a coronavirus infection, including medical workers, to stay vigilant. One of the three mild reinfections in Catalonia was also detected in a doctor.

Globally, very few cases of COVID-19 reinfection have been confirmed.

The first was in a man who was first diagnosed with COVID-19 in Hong Kong in March but tested positive again in August after he returned from a trip to Spain, which has seen infections surge over the summer.

The virus’ genomes were sequenced and researchers confirmed that he had picked up a strain that was circulating in Europe and was different from the first time he tested positive. After his second infection, however, the man was asymptomatic.

While reinfection suggests that long-term immunity is not guaranteed, the fact that he was asymptomatic came as good news for many researchers.

“I was really kind of happy,” said immunologist Akiko Iwasaki of Hong Kong case in an article in the science journal Nature. “It’s a nice textbook example of how the immune response should work.”

But more news is beginning to trickle in of severe COVID-19 cases spurring from reinfection. Public health workers in the US state of Nevada also recently reported a second infection that triggered serious symptoms.

A lack of a protective immune response against SARS-CoV-2 could spell complications for both controlling the pandemic and producing an effective vaccine.

“We believed that most reinfections would be minor,” said Clotet. “We have to discover why the body acts like this.”