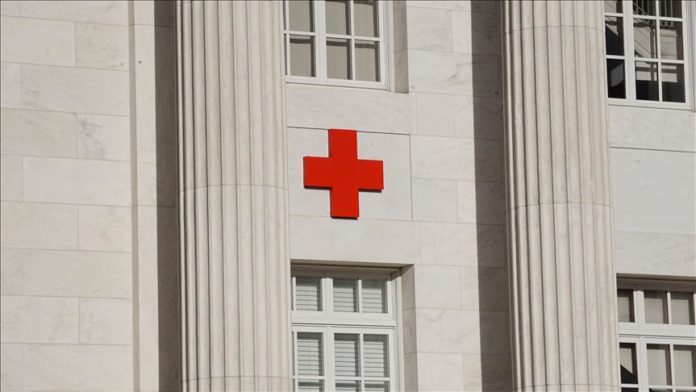 The Red Cross said on Tuesday it recorded more than 600 incidents of violence, harassment or stigmatization against healthcare workers, patients and medical infrastructure over coronavirus cases during the first six months of the pandemic.

The International Committee of the Red Cross said that the figure of such incidents is “likely much higher” and that of the 611 episodes it found across more than 40 countries, more than 20% involved physical assaults.

“This crisis has put healthcare workers in harm’s way when they are needed the most. Many have been insulted, harassed, and subjected to physical violence,” said Maciej Polkowski, the head of ICRC’s Health Care in Danger initiative.

“This atmosphere of fear, which is often compounded by a lack of adequate personal protective equipment, is adding significant stress to their physical and mental health and that of their families,” said Polkowski.

Of the incidents, 15% were of fear-based discrimination, and 15% were verbal assaults or threats.

The release of the data came ahead of the Aug. 19 World Humanitarian Day to pay tributes to humanitarian workers killed and injured in line of duty and to honor health workers providing life-saving support and protection to people in need.

“When incidents were committed by community members, fear of the spread of COVID-19 played a significant role. When patients or their relatives were behind the acts, grievances related to a relative’s death or fear of their death were the most prominent motives,” the statement said.

The inability to carry out rituals such as burials due to COVID-19 restrictions also prompted some relatives to commit aggressive actions against healthcare staff or facilities, it added.

The ICRC cited some examples of incidents that occurred in April and May.

In Afghanistan, the main COVID-19 isolation center closed for a half-day due to a physical altercation between relatives of a patient died and health personnel.

In Bangladesh, bricks were thrown at the doctor’s house after he tested positive for COVID-19 to force him and his family from the area.

In the Central African Republic, relatives of a deceased person physically assaulted health personnel as they were frustrated by not being able to retrieve the body due to coronavirus restrictions.

In Colombia, residents obstructed ambulances from entering their town to screen for COVID-19 cases and reviewed confidential medical charts and staff and patients’ names.

In Pakistan, doctors at a hospital were verbally and physically attacked after a patient died of COVID-19. Relatives entered a high-risk area while shouting that coronavirus was a hoax.

In the Philippines, a health worker and his sons were forced to leave home after being harassed, discriminated, and cut off from electricity by neighbors.

Among the incidents against a person, 67% targeted health care personnel, 22.5% targeted the wounded and sick (including suspected patients), and 5% were aimed at displaced people or refugees.