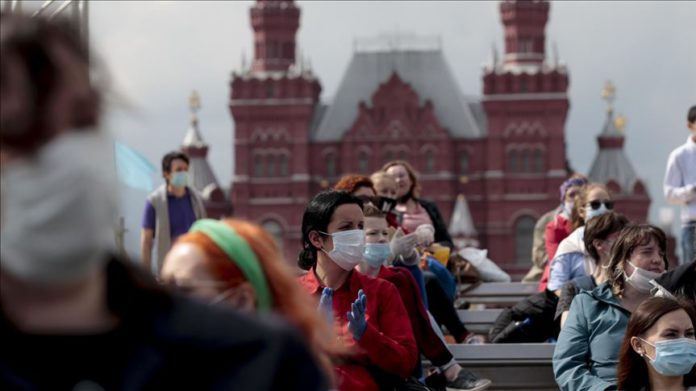 The number of patients who recovered from COVID-19 crossed 230,000 in Russia on Monday.

A total of 230,688 people were successfully treated of the disease, including 3,957 discharged from hospitals over the last 24 hours, the country’s emergency team said in a daily report.

Meanwhile, another 8,985 cases were registered in Russia during the past day, taking the tally to 476,658, it said.

The fatalities were at the lowest since May 25, with the infection claiming 112 lives since yesterday, raising the death toll to 5,971.

Late May, the Russian government started to lift restrictions inside the country, saying the situation had stabilized and proceeded to measures of economic recovery.

Also, he instructed the related government bodies to draft and submit to the government proposals on developing and strengthening Russian sanitary-epidemiological service in case of situations similar to the coronavirus outbreak.

The government has yet to decide on resumption of travel and tourism, with both international air and railway traffic still suspended and borders closed to foreigners, but the Federal Air Transport Agency (Rosaviation) has already requested a permission to resume international flights to 15 countries starting July 15.

The pandemic has claimed more than 402,800 lives in 188 countries and regions since originating in China last December. The US, Brazil and Russia are currently the world’s worst-hit countries.

Some 7.01 million cases have been reported worldwide, while over 3.14 million patients have recovered so far, according to figures compiled by the US’ Johns Hopkins University.