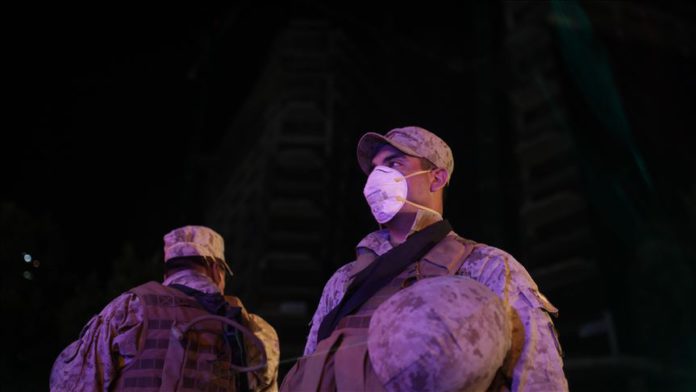 Latin America is going through the height of the coronavirus pandemic.

Many countries in the region, including Brazil and Chile, have broken their records for cases and daily deaths in recent days with an epidemic curve that continues to maintain an upward trend.

One of the most affected regions is the Amazon, where indigenous people are dying without their loved ones being able to pay them tribute with their traditional rites.

President Jair Bolsonaro said Thursday that Argentina is on the “road to socialism” and that it has fewer deaths than Brazil from the coronavirus due to the difference in the number of inhabitants. At the same time, he praised the model applied by Sweden to face the pandemic.

Meanwhile, the Latin American epicenter of the coronavirus is experiencing an uncontrollable spread in the midst of a struggle between Bolsonaro and state governors. Speaking to journalists at his official residence, Bolsonaro lashed out at Brazil’s governors and mayors who are enforcing social distancing measures. He said Brazil is heading towards a reality of “poverty” and “misery” similar to that of parts of Africa.

One of the main indigenous leaders of the city of Manaus, capital of the Brazilian state of Amazonas, died due to the coronavirus Thursday. His community said goodbye without being able to pay him tribute with their traditional rituals. Authorities in Manaus are burying five times the number of people they normally do.

Chile’s Health Minister Jaime Manalich on Wednesday announced a general quarantine for the capital Santiago to curb a sharp increase of coronavirus cases.

Long lines stretched outside police stations Thursday with people applying for various permits before the quarantine begins Friday. Outside supermarkets, many waited in line to try to stock up before they return to confinement.

Mexico has recorded 4,220 deaths and 40,186 cases, but health officials are worried about the undercounting of cases. The country has one of the lowest testing rates in the world, and the deputy health minister says the figures could be eight times higher.

And while it is seeing a surge in cases, the government has unveiled plans to lift lockdown measures and reopen businesses.

Production Minister Rocío Barrios said Thursday that the government is preparing a special flight to pick up 14 infected people from Loreto in the Peruvian Amazon region and bring them to Lima.

“Of these 14 people, most are doctors and nurses, but there are also military and police personnel. Five are on mechanical ventilation, which is why a special flight is needed to transport them, while the others are supported by oxygen masks,” Barrios said.

For the last 15 days, authorities have been doing three to four daily flights to Loreto carrying medicines, special protection equipment and oxygen.

As of Thursday, Nicaragua had 25 confirmed cases and eight deaths.

However, according to the Nicaraguan newspaper La Prensa, some of the country’s hospitals have long lines of patients waiting to be attended to. In fact, the vice president of the Nicaraguan Medical Association told the media they are reaching a “saturation point in the medical system.”

La Prensa also warned that the mayor’s office of Managua had tripled its purchases of coffins during the coronavirus pandemic apparently preparing for an escalation of deaths.

The Ministry of Health completed six days without updating the report on the confirmed cases of COVID-19, which it announced it will do on a weekly basis, while hospitals continue to take in hundreds of patients with respiratory problems.

The independent Citizens’ Observatory of COVID-19 has so far counted at least 1,033 cases of the disease, 1,008 more than those reported by the authorities.