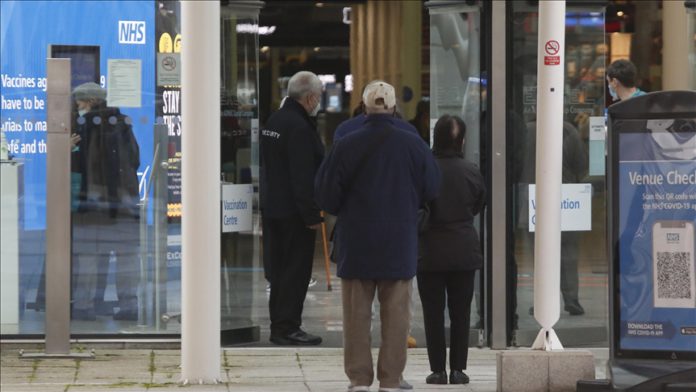 The UK government outlined the second phase of its coronavirus vaccination program Friday that will target the next prioritized group.

Teachers and police, however, will not be a priority group despite the easing of a lockdown.

The Joint Committee on Vaccination and Immunisation (JCVI) announced that those aged 40 – 49 will be next in line for the vaccine.

It said that following an age-based approach would allow for better results in a short amount of time.

“After groups 1 to 9 in Phase 1, people aged 40 to 49 years are at highest risk of hospitalisation, with the risk reducing the younger you are.” according to JCVI, which said evidence shows an age-based approach is the most effective way in reducing infections and deaths.

“For Phase 2, modelling studies also indicate the speed of vaccine deployment is the most important factor in maximising public health benefits against severe outcomes.” the government body said.

Phase 2 will begin when all groups of people in Phase 1 have been vaccinated, these include the most vulnerable and people older than 50.

In response to criticism about why teachers and police officers will not be listed as a priority group, the JCVI said that targeting occupations groups would be “more complex to deliver and may slow down the vaccine programme” which would result in more vulnerable people who are at higher risk being left out.

The Committee also outlined other groups who are at risk of hospitalization from the virus, including men, Black, Asian and Minority Ethnic (BAME) communities, those with a BMI above 30 and those living in deprived neighborhoods.

There were 345 deaths reported in 28 days of testing positive for the virus Thursday.

By the end of Feb. 25, a total of 19,177,555 people had been administered their first dose of the vaccine with 736,037 receiving the second. Vaccines are currently administered in two doses 21 days apart.

The R number is a mechanism used to rate the virus’s ability to spread, with R being the number of people that one infected person will pass the virus on to.