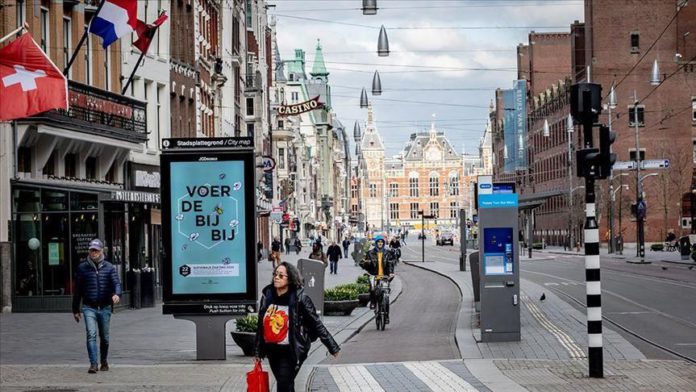 The Netherlands reported 253 new cases over the past 24 hours, authorities said on Thursday, bringing the total number to 44,470.

According to the National Institute for Public Health and the Environment, the death toll in the country reached 5,775 as 27 more people lost their lives due to the coronavirus.

With 13 new admissions, a total of 11,640 Dutch citizens have been hospitalized for virus treatment to date.

The Netherlands is among several European countries that have announced the easing of lockdown restrictions. The lifting of measures began on May 11 and will be expanded in stages through September.

Elementary schools, hairdressers, and libraries have reopened, while restaurants, cafes, cinemas, and cultural institutions will conditionally resume operations from June 1. A maximum of 30 people, including staff, will be allowed at a time, and only if visitors are able to keep a distance of 1.5 meters (nearly 5 feet) from others.

Restrictions will be further eased between June 15 and Sept. 1.

The pandemic has claimed more than 328,700 lives in 188 countries and regions since originating in China last December. The US and Europe are currently the world’s worst-hit regions.

More than 5 million cases have been reported worldwide and nearly 1.91 million people have recovered to date, according to figures compiled by the US’ Johns Hopkins University.