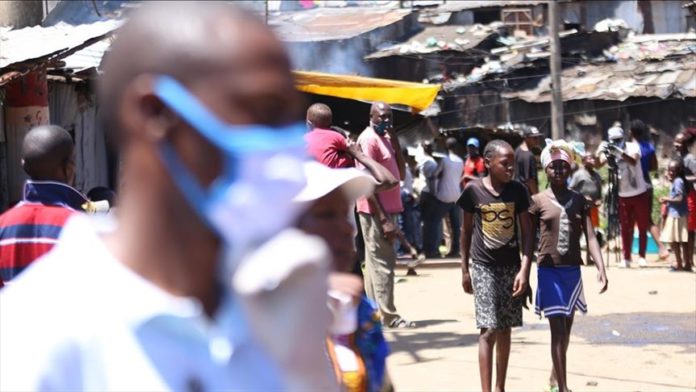 Kenya’s Health Ministry on Monday confirmed one more COVID-19-related death and 106 new infections amid fluctuations in the number of cases after the country announced the second wave of the pandemic.

The new death took total number of fatalities from the novel virus to 1,686, the Health Ministry said in its latest update.

The infections, including those among 97 Kenyans and nine foreigners, were detected out of 3,315 test results, bringing to 96,908 the number of confirmed positive cases in the country, according to the ministry.

The ministry also confirmed 184 recoveries from the virus, bringing the tally to 79,257.

The virus has claimed more than 1.84 million lives in 191 countries and regions since first detected in Wuhan, China last December, according to US-based Johns Hopkins University.

More than 85.2 million people have been infected across the world so far.