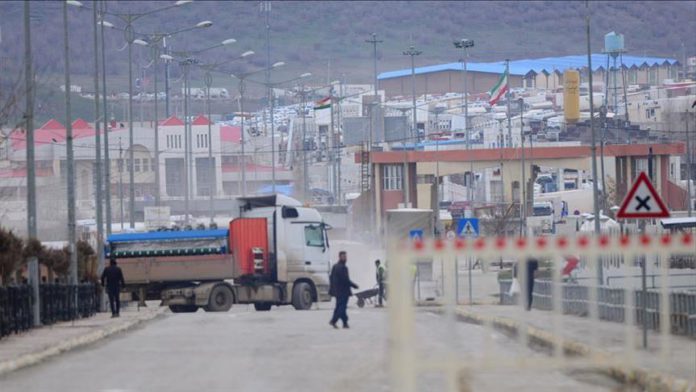 Border crossings between Iran and Iraq have been sealed to prevent Iranian pilgrims from traveling to the neighboring country for the annual Arbaeen pilgrimage.

There is no possibility of Iranian pilgrims traveling to Iraq for this year’s Arbaeen march on Oct. 7, Brig. Gen. Qassem Rezai, the deputy commander of Iran’s police force, said during a visit to the southwestern Shalamcheh border crossing on Saturday.

Each year, millions of pilgrims converge in the Iraqi cities of Najaf and Karbala on Arbaeen, which marks the 40th day after Ashura, the day Prophet Muhammad’s grandson was killed in 680 AD.

A large majority of these pilgrims travel from Iran, which shares multiple borders with Iraq.

Shalamcheh, which is 25 kilometers (15.5 miles) from the Iraqi city of Basra, is the main border crossing.

Iraq has banned the entry of foreign pilgrims for Arbaeen this year due to the COVID-19 outbreak.

Rezai’s visit to the Shalamcheh border came a day after around 400 pilgrims assembled at the border crossing and tried to forcibly cross over.

According to reports, the incident resulted in a verbal altercation between pilgrims and Iran’s border force, prompting the intervention of senior police officials.

A statement by Iran’s police said the pilgrims wanted to travel to Iraq for the Arbaeen ceremony but were made to leave the border “in a peaceful manner.”

The police urged Iranian pilgrims to avoid traveling to the border as Baghdad has barred the entry of foreign visitors owing to the coronavirus pandemic.

Earlier, many Iranian officials, including President Hassan Rouhani, had announced that Iranians cannot participate in this year’s Arbaeen pilgrimage.

Hossein Zolfaghari, the deputy interior minister, also said the decision was taken by the neighboring country in view of the COVID-19 risk.

Iran, one of the first countries in the region to report coronavirus cases in mid-February, has been grappling with a fresh wave of infections in recent weeks.

Iraq, where the first cases were reported a week after Iran, has also seen an alarming surge in infections since August.