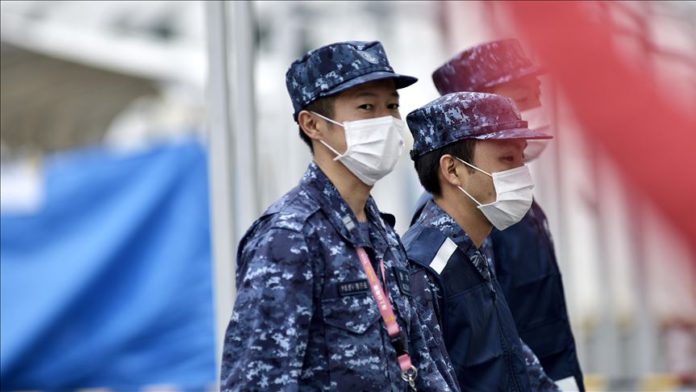 At least 28 GSDF staff were infected by the coronavirus during a barbecue party held on Sept. 26 in Saitama province of the country where 44 people were present, Japanese daily Mainichi reported.

The GSDF, also called as the Japanese Army, is the largest of the three defense services of Japan and was formed in 1954.

The infected soldiers, in their 20s, were drawn from army bases across 16 provinces of Japan for a training course at Camp Asaka, situated between north of capital Tokyo and Saitama province.

The training, also participated in by around 190 female members, started in July and ended in September.

Amid the coronavirus pandemic, Japan’s Ministry of Defense has banned holding parties and “it is possible that the members’ actions violated this rule,” the report added.

Meanwhile, Tokyo reported 177 coronavirus cases on Tuesday taking the overall number of infections in the capital to 26,727.

More than 86,800 people have tested positive for the coronavirus in Japan with 1,599 deaths. The country has conducted nearly 2 million tests since the outbreak of the infection.

Since first reported in Wuhan city of China last December, the coronavirus has infected over 35 million people and killed over 1.4 million across the world.

Iran 'closer than ever' to agreement in Vienna nuclear talks: Official