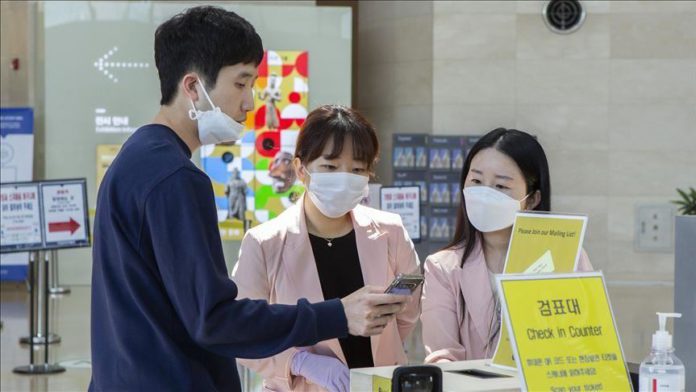 According to Yonhap News Agency, the new infections are linked to the churches in the capital city Seoul, from where 131 cases were reported during the past 24 hours.

The local health authorities said they had carried out tests on 2,500 church members so far and around 15% of them tested positive, the agency reported.

South Korea is facing the second wave of virus outbreak as the country has reported over 1,000 cases during the past five days.

With the new infections, the total number of cases in the country reached 15,761 with 306 deaths so far, according to the Korea Centers for Disease Control and Prevention.

“This week will be a critical juncture for the country’s virus fight as cluster infections in the greater capital area are on the brink of spreading nationwide,” the agency quoted the country’s Vice Health Minister Kim Ganglip as saying.

The government has also decided to raise the level of social distancing rules in Seoul and surrounding areas to contain the spread of virus.

“The current situation is so grave that we have to consider adopting tougher (infection preventive) measures,” said Health Minister Park Neung-hoo.

He warned that the new outbreak could spread across the country.

Global call for ‘free COVID-19 vaccine for all’