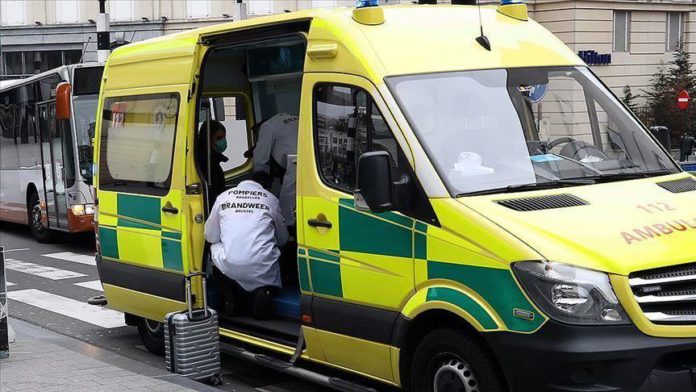 In a single day the number of Brussels municipalities in the coronavirus alarm zone more than doubled from four to 10, Belgium’s Public Health Institute Sciensano announced on Friday.

At the same time, the country saw a 62% rise in new coronavirus cases on July 21-27 compared to the previous week. On average, some 371 people were infected by the virus daily.

According to the latest figures, six new municipalities in the capital saw more than 20 new daily cases per 100,000 inhabitants, which is considered as a warning sign.

This means that more than half of the capital’s 19 districts passed the alarm threshold.

Among the new entries, the municipality of Jette has 34 infections per 100,000 residents, while Schaerbeek has the lowest rate of 21.

The district of Ganshoren is in the worst in Brussels, with a daily infection rate of 40 per 100,000 inhabitants.

The national average of 36.5 per 100,000 residents is also over the alarm threshold, but the number is influenced by infection clusters in the country’s northern region of Flanders.

The city of Antwerp has been hardest hit by the outbreak, seeing a 663% increase in new coronavirus cases in the past seven days.

There are 203 new cases per 100,000 inhabitants in the district of Borsbeerk on the city’s outskirts.

The federal government this week imposed new restrictions on public life in order to prevent a second outbreak.

Since appearing in China last December, the virus has spread to at least 188 countries and regions, according to figures compiled by the Johns Hopkins University’s Coronavirus Resource Center.