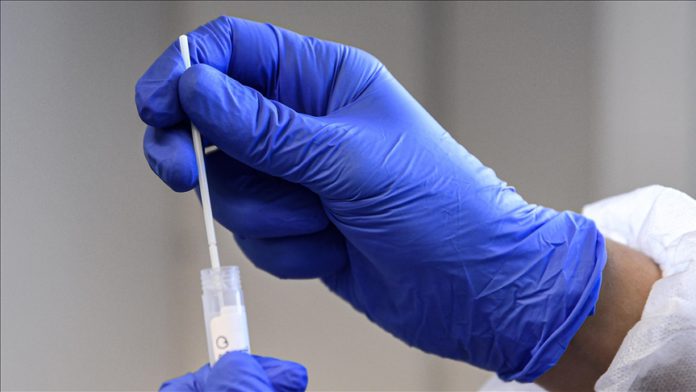 The number of fatalities in France from the coronavirus pandemic rose Monday, but a huge drop in infections was recorded as the week began.

Some 3,411 cases were registered compared with 11,022 on Sunday. Total infections stand at 2,295,908 since record-keeping began in March, according to the Ministry of Health.

Fatalities totaled 366 compared with 175 on Sunday. The official death toll since March stands at 55,521.

Hospitalizations meanwhile fell to 8,374 from 8,564 the previous day. A total of 1,131 people remain in intensive care, down by 32 from the day before.

The positivity rate in France remains steady at 10.7%.

Worldwide, the death toll from COVID-19 stands at more than 1.5 million since the virus was first detected in Wuhan, China in December last year. The number of infections sits at just over 67 million, according to the latest figures from US-based Johns Hopkins University.

Health Director Jerome Salomon said France is “still a long way from going below 5,000,” the number of daily infections that President Emmanuel Macron optimally set in a Nov. 24 speech.

Cases have only dipped under the five-figure range a few times over the past few months.

Salomon called the figure “very difficult to approach,” and the failure to do so may mean an extension of the confinement, which is set to be lifted on Dec. 15.​​​​​​​

Health Minister Olivier Veran announced that the Christmas bonus — the end-of-year aid given by the government each year to low-income families — will be paid out on Dec. 15 and 2.5 million low-income households throughout France will receive the sum, which ranges from just over 150 euros to just over 442 euros per person.