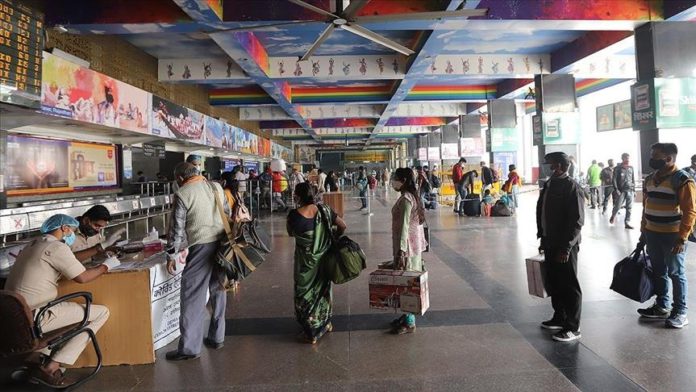 India’s 11 states and union territories have been reporting very high rises in daily cases and mortality rates over the last two weeks, which is a matter of “serious concern,” the authorities said on Friday.

Cabinet Secretary Rajiv Gauba held a review meeting on the situation with the top officials of the state and union territories.

“Taking note of the present situation due to the continuous deterioration of the Covid scenario over the fortnight, the Cabinet Secretary pointed out that the current Covid case growth rate of 6.8% in March 2021 has surpassed the previous record of 5.5% (June 2020),” a release by the Health Ministry said. “The country also reported 5.5% growth rate in daily COVID deaths in this period.”

According to the ministry, while India during the peak in last September was reporting about 97,000 daily coronavirus cases, the country has now “reached the critical figure” of 81,000 new daily infections.

Stressing that the situation was “worrying” in the western state of Maharashtra, the release said 11 states and union territories were now categorized as “states of grave concern” given the latest figures.

During the Friday meeting, the ministry said the country stressed another “worrisome aspect” that Tier 2 and Tier 3 cities along with “peri-urban areas” have recorded the recent high rises in cases. “The spread of infection from these areas to the rural areas with weak health infrastructure would overwhelm the local administration,” it also noted.

There has been a massive increase in the new cases in the last few weeks in the country, after the daily numbers reached an eight-month low by the end of January. With cases continuing to surge, many cities have imposed restrictions to prevent further spread.

Local media reported that Maharashtra Chief Minister Uddhav Thackeray on Friday evening said the possibility of a lockdown in the state cannot be ruled out and the state will announce new restrictions within the next two days.

On Friday, Gauba also issued several directions to the states, including increasing the number of isolation beds, oxygen beds, ventilators, and intensive care unit beds under the requirements.