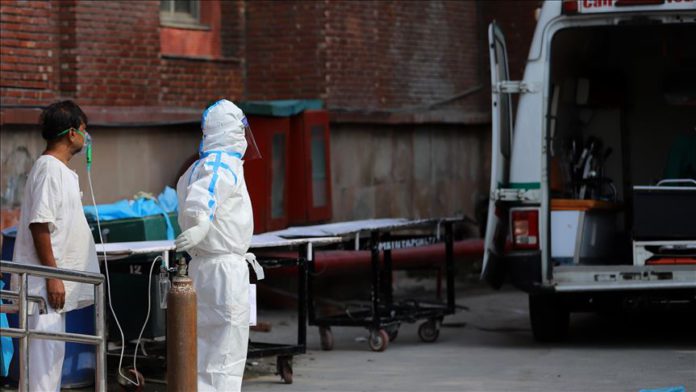 At least 653,751 people in India have recovered from the novel coronavirus, according to Health Ministry data released Saturday, pushing the country’s recovery rate to nearly 63%.

The total number of COVID-19 patients to date has reached just over a million with 34,884 new cases, while the death toll reached 26,273 with 671 fatalities recorded in the last 24 hours, according to the ministry.

According to the Indian Council of Medical Research, 13.4 million samples have been tested so far, including 361,024 samples on Friday.

India is the third worst-affected country in the world by the virus after the US and Brazil.

Meanwhile, the government in the southern state of Kerala on Friday confirmed community spread of the coronavirus in two areas of the city.

“Community transmission of the coronavirus is observed to have taken place in the coastal neighborhoods of Pulluvila and Poonthura in the capital district,” Pinarayi Vijayan, chief minister, told a press briefing.

India has also decided to allow US air carriers to resume passenger flights, but otherwise all scheduled services remain banned.

“In an initiative to further expand our international civil aviation operations, air bubble arrangements with US, UAE, France & Germany are being put in place while similar arrangements are also being worked out with several other countries,” Hardeep Puri, India’s aviation minister, tweeted on Friday.