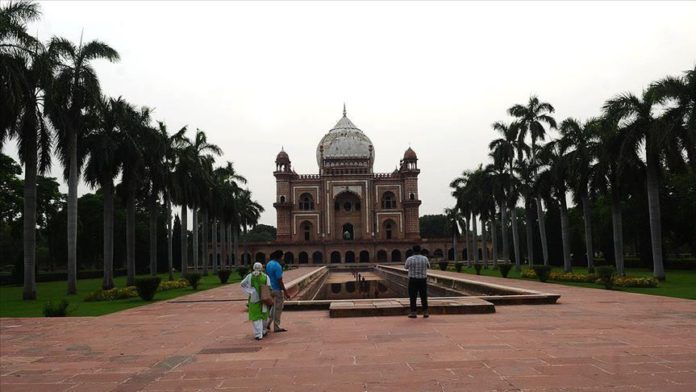 The death tally has risen to 46,188, said the ministry. The data showed that India, on average, registered 58,000 cases in the last week, the highest number of any country in the world. India still has the third-highest number of cases after the US and Brazil, but in confirmed daily cases the South Asian country surpasses both.

Amid the surge in infections, the government said many cases were asymptomatic and did not require hospitalization. “Such cases could be dealt with in isolation and monitored, and states do not need to be overawed by rising positive cases as long as they vigorously implement testing, containment and tracking strategies,” said a government statement.

Meanwhile, the eastern state of West Bengal has become the seventh in the country to have seen more than 100,000 Covid-19 infections. The state tally stands at 101,390.

According to the Indian Council of Medical Research, over 26 million samples have been tested for the infection up to Aug. 11 with 733,449 samples being tested in a single day Tuesday.

Prime Minister Narendra Modi Tuesday interacted with chief ministers and representatives of 10 states to discuss the current situation and plan ahead for tackling the COVID-19 pandemic.

Modi said, “The number of daily tests has reached almost 700,000 and is increasing continuously, which has helped in early identification and containment. The average fatality rate in the country is among the lowest in the world and is continuously going down.”

He said these steps have boosted public confidence, adding that he hopes the target of bringing down the fatality rate below 1% can be achieved soon. He said that containment, contact tracing, and surveillance are the most effective weapons in this battle.

“People have become aware and are ably assisting these efforts, as a result of which, we have been successful in using home quarantine so effectively,” he added.

Meanwhile, a new survey by the Population Foundation of India found that young people in India are well aware of COVID-19, its symptoms, care and safety measures, but they continue to face challenges in accessing tools for reproductive health and mental well-being.

* Ahmad Adil from New Delhi contributed to this story