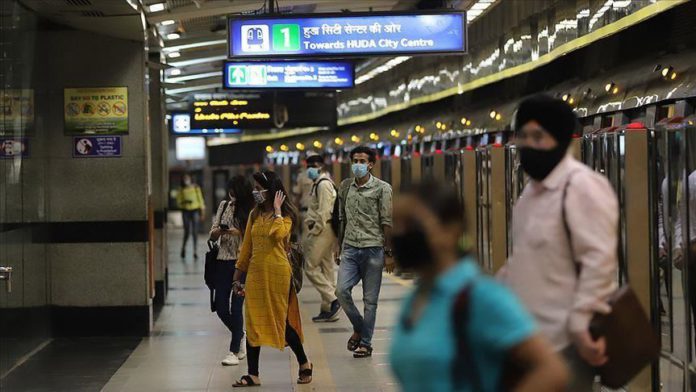 NEW DELHI, India (AA) – India witnessed a slight decline in the daily coronavirus cases as the country recorded less than 30,000 new infections for the first time in over four months, official figures revealed.

According to an update released by the country’s Health Ministry, 29,163 new infections were registered over the past 24 hours taking the total to 8.77 million. Another 449 people died taking the overall fatalities to 130,519.

Previously, the country had recorded 29,429 cases on July 15. The daily numbers then started to increase and hit over 90,000 cases in September.

While India is witnessing a decline in the new cases, many cities, including the national capital New Delhi, saw an upsurge in the last two weeks. The Indian government on Sunday night announced deployment of additional doctors and paramedical staff from the Indian paramilitary to combat the worsening coronavirus situation in New Delhi.

As per the health bulletin by the New Delhi government on Monday, 3,797 fresh cases were registered in the last 24 hours.