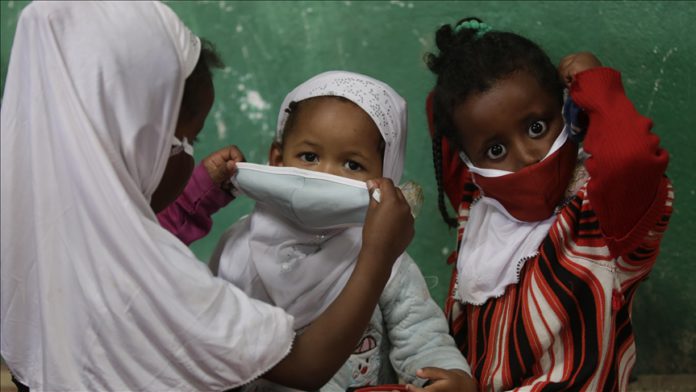 Nobel laureate Kailash Satyarthi has sought a global leadership role for Turkey to end the child labor menace and promote an international social protection fund at the UN.

In an exclusive interview with Anadolu Agency on the eve of World Day against Child Labour, which is being observed on Saturday, the global child rights activist and winner of the 2014 Nobel Peace prize asked Turkey to set an example by playing a role at world forums and furthering efforts to address the “structural inequities thereby ending child labor once and for all, especially amid the COVID-19 crisis”.

“Each country must do whatever it can to ensure the safety and wellbeing of its citizens, especially those at the bottom of the economic and social ladder. Turkey has a global leadership role and can promote a global social protection fund at the UN and the G20,” said Satyarthi in an email interview.

“This would provide resources for countries to establish more robust social programs that benefit the most marginalized in their societies”.

Born in Vidsha, a town in the central Indian state of Madhya Pradesh Satyarthi, 67, was awarded the Nobel prize for leading a team of child rights activists and liberating more than 90,000 children in India from child labor, slavery, and trafficking.

In 1998, he launched one of the largest social movements on behalf of the exploited children by leading the global march against child labor traveling a distance of 80,000 kilometers (49,710 miles) across 103 countries.

Ahead of World Day against Child Labour, a report released by UNICEF on Wednesday estimated that the number of children in child labor has risen to 160 million worldwide – an increase of 8.4 million children in the last four years.

The noted activist also urged the Turkish Parliament to mark the UN Year for the Elimination of Child Labour by holding a “special session where the voices of survivors can be heard by policymakers”.

“It is more important than ever that the world comes together amid a global pandemic to ensure every child has their fair share so we can collectively build a better future for all,” he said.

Satyarthi, who is also the founder of Kailash Satyarthi Children’s Foundation said there is a risk of children “going hungry, being trafficked, forced into child labor”. He said there is a need to address the larger crisis facing children and marginalized communities around the world.

“Marginalized children, families, and communities are not receiving the support they desperately need, leaving children at increased risk of going hungry, being trafficked, forced into child labor, and never returning to schools once they reopen,” Satyarthi said in response to a question about the global response while protecting those who are most vulnerable including children.

He said the COVID-19 has led to a new phenomenon of children shouldering responsibilities of families due to the deaths of parents.

“With the second and third waves of the pandemic sweeping over several countries, we are now seeing a new crisis of child-headed households where they have lost one or both parents to the pandemic, a crisis that will impact children, families, and communities for years to come,” he said.

He added that “collectively, we must mobilize every resource to address this specific crisis and the larger crisis facing children and marginalized communities around the world”.

Stating that the world must come together and create a $100 billion global social protection fund that could provide a safety net for every child in low-income countries, the noted child activist stated that the global response has been “uneven at best”.

“Wealthy countries have vaccinated large portions of their populations and invested trillions of dollars to support people and businesses through the pandemic,” he said.

“However, that is not the case for the vast majority of the world where vaccines are sparse, economies have been devastated, and social safety nets are weak if they exist at all,” he added.

Asked how the COVID-19 has affected children in India, Satyarthi said like the rest of the world, India has not been spared by the pandemic.

“The second wave has been especially devastating. It has affected children both directly where they or their parents have been infected, or indirectly through increasing poverty, school closures, food insecurity, and increased vulnerability to exploitation,” he said, adding that his organization has been directly providing COVID-19 related support to thousands of families.

“We are mobilizing more support to be able to reach more such institutions, plus urban slum settlements and rural areas. We aim to reach the most marginalized sections of our society, and make sure they have support in this time of crisis,” he said.

India’s National Commission for Child Rights (NCPCR) earlier this week told the Supreme Court that from April 2020 to June 2021 — 3,621 children were orphaned, 26,176 lost either parent, and 274 were abandoned.

“It was launched in January this year, including survivors, faith and business leaders, student and trade unions, and the heads of multilateral organizations,” he said.

He said the campaign recognizes that a child in labor means that he is being denied education and has the least access to healthcare and clean water.

In his message on World Day against Child Labour, the Nobel laureate said let this day e be a wake-up call.

“If there is one thing that the new estimates show us, it is that we cannot wish child labor away or congratulate ourselves for our good intent,” he said.

“We need urgent, bold, and accountable action to address the inequality and discrimination that lie at the heart of child labor. We must globalize compassion for our children because they are all our children,” he added.