TurkishPress
Home News COVID-19 in India: ‘Focus should be to save elderly’ 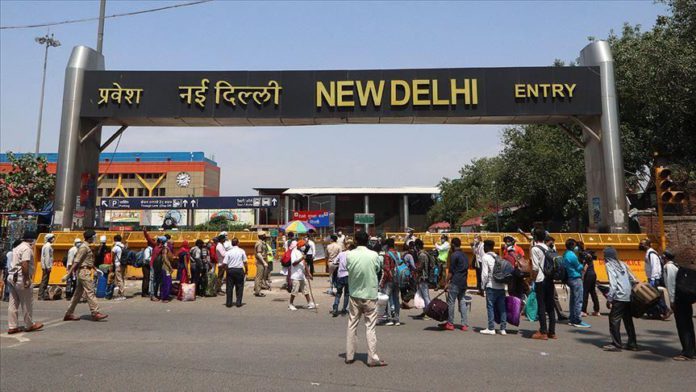 As COVID-19 rings alarm bells in India with nearly 80,000 confirmed cases, health experts in the country say the focus should be on saving elderly people who suffer from comorbidities, or more than one health condition at the same time.

India’s fragile health system is struggling to fight the virus infection, particularly in the worst-hit states of Delhi, Maharashtra and Tamil Nadu, as the country’s total death toll surpassed 21,000.

Underlining that the elderly and people with comorbid conditions “are the ones with high mortality,” Indian virologist and vaccine researcher Thekkekara Jacob John urged the health authorities to “protect them from infections and death.”

“Also, try to slow down the spread as much as you can. People themselves should understand this and protect themselves,” said John, formerly of the Christian Medical College in Vellore.

“Education — both for correct information and for behavior change — is a must, and the government should focus on it. Even though late, the rural epidemic is beginning to take off, so educating the public is urgent now,” he told Anadolu Agency.

According to Health Ministry data last month, people aged above 60 accounted for over 50% of the country’s coronavirus-related deaths. Over-60s comprise around 10% of the South Asian nation’s population of over 1.3 billion, according to local daily the Times of India. The report also said that 73% of COVID-19 deaths were among those with comorbidities.

“India has done what it can to delay the epidemic. But like with every other country, in the absence of a lockdown or social distancing, the disease will spread,” said Ramanan Laxminarayan, director of the Washington-based Center for Disease Dynamics, Economics & Policy.

Laxminarayan, who is a lecturer at Princeton University, told Anadolu Agency that the “focus should be now to save people who are elderly and prevent people from getting infected.”

India has reported nearly 800,000 confirmed cases of the coronavirus with over 21,630 deaths, making it the third worst-hit nation in the world. The country also has 8,944 COVID-19 patients in serious or critical condition, making it second in the world following the US, according to data from the statistics site Worldometer.

Yet to see peak

Shahid Jameel, virologist and CEO of the Wellcome Trust/DBT India Alliance, a public charity, said that with cases increasing “at the rate of 3.5% per day and doubling every 20 days,” the outbreak is “fast growing” in India.

“It is hard to predict, but looking at the continuing rate of increase, it appears we are not yet at the peak,” he told Anadolu Agency.

“Some epidemiologists, and I am not one, have predicted the peak to be around mid- to late July. But models are only based on available data. They are only indicative. We should be prepared to be very careful for the next few months.”

“The numbers are growing fairly steadily. If we take weekly cases, we will see cases going up, and it looks like the virus ignored all the lockdowns…The lockdown has not given the positive results because it was poorly planned and managed and people were not educated well,” said John, adding that “August in the first or second week is my guess when the number will see a peak in India.”

The experts also pointed fingers at seasonal flu, which claims hundreds of lives every year, noting that handling it would be a big challenge. In 2019, according to government records, 28,798 cases of seasonal flu and 1,218 deaths were reported across the country.

“One complication we will see is with the monsoon, when other diseases and fevers will come – dengue, malaria, seasonal viral fever. Come October/November, we will have our flu season. All these and COVID have similar clinical presentations. That would be a challenge,” said Jameel, adding that “we are better prepared now than we were earlier. We need better clarity and SOPs [standard operating procedures] on testing and treatment protocols so that all hospitals follow the same way.”

According to the Indian Council of Medical Research, with 267,061 tests conducted Wednesday, over 10.47 million samples have now been tested for COVID-19 in the country.

Professor Laxminarayan, however, says it remains low in the world.

“Testing in India remains among the lowest in the world. But given where India started three months ago, testing has gone by a factor of 60. The focus is now on testing to reduce the disease’s spread and mortality than to just count cases,” he said.

He also urged the authorities to increase the number of daily tests.