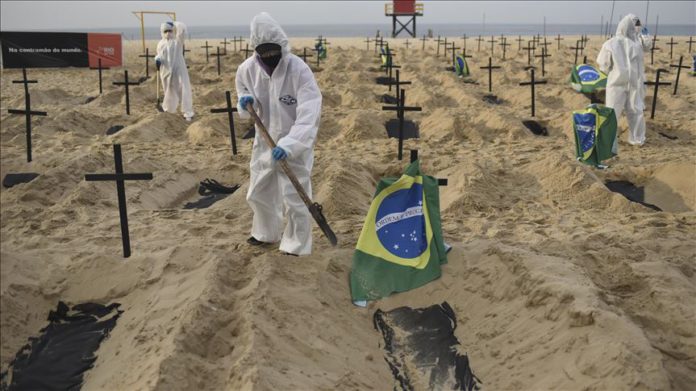 As Latin American reopens, it is possible the COVID-19 virus may be again spreading, especially where there is inadequate testing and social distancing is insufficient, a top World Health Organization expert warned Friday.

“We are very much in the upswing of this pandemic, particularly in the global South,” said Ryan. “Some countries are having trouble exiting the so-called lockdowns as they are seeing an increase in cases.”

He said countries are pressured to reopen economic activities to reduce the downturn the crisis has caused and highlighted special concern for Brazil and Mexico.

President Jair Bolsonaro insisted Friday the country’s health system is not as serious as figures indicate and encouraged citizens to document the situation.

“If you have a hospital nearby, a public hospital, find a way to get in and film,” he said in a live broadcast on Facebook.

“A lot of people are doing that and more people should do that to show whether the beds are occupied or not. That could help us,” said Bolsonaro, explaining if irregularities are found, videos could be analyzed by police or intelligence services.

Opponents were quick to reject the invitation. “If Bolsonaro were not an ill-prepared and desperate person, he would know that he does not need to order the invasion of hospitals. Just check the bulletins that local governments publish with the number of occupied beds. And if you want to visit our hospitals, I’ll show you,” Flavio Dino, governor of Maranhao state of the opposition Communist Party of Brazil posted on Twitter,

The health system is “still coping,” according to Ryan, although some intensive care units are at critical stage with more than 90% capacity.

With almost 134,000 cases and 16,000 deaths, Mexico ranks fourteenth in cases worldwide and seventh in deaths, according to US-based Johns Hopkins University.

Ryan asked the heads of states in America, in a virtual WHO conference, to issue “coherent messages” to fight the pandemic because citizens sometimes receive contradictory messages from governments.

That was in apparent reference to declarations by Mexican President Andres Manuel Lopez Obrador, who is encouraging citizens to begin abandoning confinement measures although practically the entire country is still struggling to contain the virus.