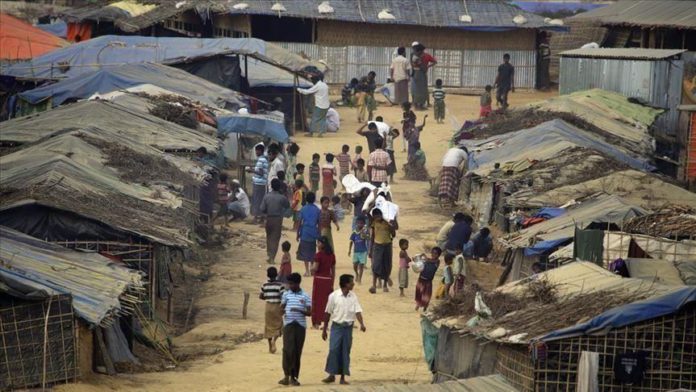 As governments scramble to curb to the novel coronavirus pandemic within their borders, hundreds of thousands of people displaced due to humanitarian crises across the world have been left to fend for their own health during the outbreak.

This year, the World Refugee Day may thus have taken on a new dimension, marking a pandemic of poverty facing all displaced people around the world.

Many international humanitarian organizations warn that problems refugees face in accessing information amid language barriers and other obstacles between earning their livelihoods have gotten worse with the outbreak.

These new conditions have made their fragile financial difficulties all the more visible.

Yet, during this challenging time, the world has witnessed cross-border solidarity with refugees.

The UN Refugee Agency has confirmed this, saying that host communities — especially those in low and middle-income countries where nearly 90% of the world’s refugees live — have continued to demonstrate a remarkably welcoming attitude.

Despite often living in hard conditions, refugees themselves have struggled shoulder-to-shoulder with their host communities, contributing to the fight against the virus in significant ways.

Some, for instance, have volunteered as front line healthcare workers in Colombia and the UK, while others are making soap in to be distributed in Lebanon and Niger, and sewing masks and protective gear in Iran and Turkey.

So, the pandemic has had a similarly negative impact on people from both refugee and host communities. Yet, it seems now have greater difficulties such as accessing basic needs and job opportunities.

According to the UNHCR, this is the reason why it is now equally critical to secure refugees’ and displaced persons’ inclusion in the much-needed socio-economic response to the COVID-19.

Sibel Guven, an expert at the Economic Policy Research Foundation of Turkey (TEPAV), said Syrian refugees in Turkey had lost a substantial amount of income since the beginning of the outbreak, citing recent surveys carried out on the group’s socio-economic situation.

“About 40% of those who have responded to the survey are Syrians and when asked whether there was a change in their income, about 70% of them stated their incomes had drastically changed,” she explained.

Social distancing measures are thought to have slowed down social and economic life and completely halted activities in some sectors.

“When we look at the numbers, we see that around 59% of Syrians living in Turkey are earning their lives by working,” said Guven.

This is the reason why unemployment among refugees could be one of the biggest challenges for Turkey’s refugee and migrant population of over 5 million, of which 3.6 million are Syrian.

Referring to the survey, she added that almost 58% of those living in Turkey were between the ages of 15 and 34 and about 60% were primary school graduates.

“But, the very important thing is that about 70% of them have at least 10 years of experience working in a job back in Syria and about 93% say they have a profession in that sense,” she noted.

Guven underlined that Turkey had not been ready for the huge influx of migrants when they first began arriving at its borders in the early 2010s, but gradually took measures to legally and socially integrate them into the society.

“Yet, when you look at the numbers, you’ll see that we’re not really using the Syrian employees’ skills,” she noted.

She added that among those who said they had a profession in Syria, about 55% had been working in a job in Turkey before the coronavirus.

Guven said that with the virus, such Syrians faced additional difficulties in accessing the labor market and this could be a huge problem in terms of their survival and livelihoods, adding that concrete action was needed to counter this trend.

But, an important thing to note is that due to the pandemic, most national and international non-governmental organizations operating in the field of migration had suspended all face-to-face interventions, including social cohesion activities.

So, it seems the current circumstances will necessitate a re-focusing on social cohesion efforts, which had not been included as urgent priorities in the Regional Refugee and Resilience Plan (3RP), in cooperation with public institutions and local authorities.

Omar Kadkoy, a policy analyst at TEPAV, also shared his comments focusing on the socio-economic features of forcibly displaced populations.

“Turkey had always been sending more immigrants than receiving them,” he noted, saying that throughout the last 100 years, refugees in Turkey had largely been of Turkish heritage and descent in one way or another through from former Ottoman territories.

He added that now, millions of people from different groups were spread across the country and sharing public schools, hospitals, workplaces and companies with Turks.

These groups of displaced people have not integrated as well as was desired mainly because of the language barrier that prevented them from communicating with their host society.

“This is a problem after almost 10 years, that is still persistent, and it is hindering integration at so many different levels,” he said.

In addition to this, the circulation of misinformed news regarding Syrians on social media outlets damages the integration process, Kadkoy explained.

“Not only the refugees, but also the host community should integrate,” he said.

This certainly does not mean that they should learn Arabic, but they should at least be aware of false information of Syrians, for example, how they are getting this aid, why this aid is presented to them from which institutions.

It seems the development of the dialogue between the two sides is very dependent on the solution of this problem.