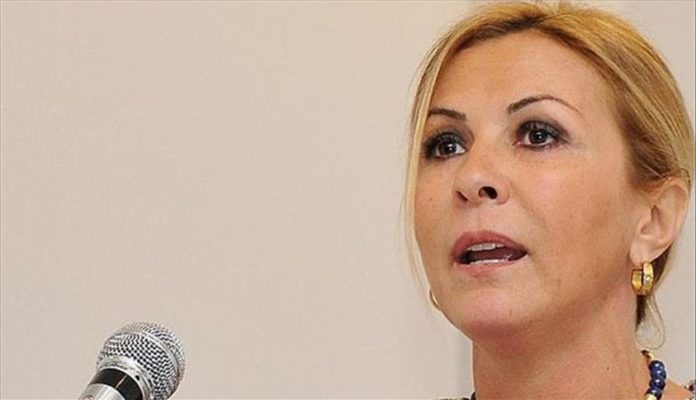 The coronavirus crisis has battered micro- and -small enterprises (MSEs) the most, according to a survey on Thursday.

Speaking at a virtual meeting, Umit Boyner, head of Business for Goals Platform (B4G), the organization which conducted the survey, said: “We see that the firms hit hardest by the crisis were micro sized with 69% and small-sized with 49%.”

She added that this figure was 31% for large-scale companies.

The B4G is a joint action platform established by the Turkish Enterprise and Business Confederation (TURKONFED), the Turkish Industry and Business Association (TUSIAD) and the United Nations Development Program (UNDP) to promote sustainable development goals.

Boyner underlined that the dampening effect of the crises on businesses slightly eased from March to May.

“The fraction of adversely affected firms was 85% in March, but it dropped to 78% in May,” she said.

Noting that female workers are affected more by the crisis, the survey showed that more than half of the firms are not prepared to face a second wave of the outbreak.

Boyner said 33% of micro-sized companies struggle with payments while the figure stands at 2% for large-scale firms.

“When we look at the number of employees, an inverse proportion is seen between firm size and being affected by the COVID-19 crisis,” she said.

Boyner noted that companies participating in the survey see the pandemic as a domestic and foreign demand crisis rather than a financial one.

“Domestic and external demand deficiency stand out as the headings that firms see the most risk,” she added.

Claudio Tomasi, the resident representative of UNDP, said COVID-19 is not only a health crisis but also a humanitarian and development crisis.

“It is the greatest socio-economic shock in a generation, which hit at a time of profound inequality, ecological instability, and rising distrust and which will affect societies around the globe in social, economic, and political aspects,” Tomasi said.

He highlighted that women are likely to be affected more from the crisis as they are over represented in high-risk sectors.

“The survey revealed that domestic and family responsibilities such as childcare, patient care, ensuring hygiene and food increased as the crisis developed, showing that women are more intensely affected by the crisis,” he said.

Tomasi stressed that UNDP Turkey supports all segments of society, addressing their needs in order to recover from the economic fallout of the pandemic.

The survey revealed that Syrian-owned businesses are more adversely affected by the COVID-19 crisis, he said.

“Some 38% of Syrian-owned businesses had to shut down, while this rate was 30% for small and micro scale businesses in Turkey and 22% in general,” Tomasi said.