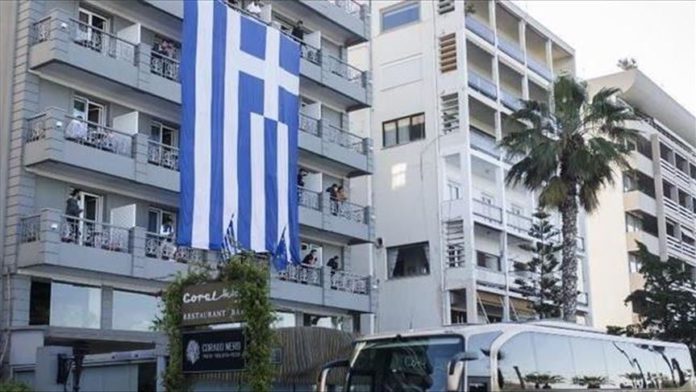 Greek authorities have reported the first death of a refugee from the novel coronavirus.

The victim, who died on Sunday, was a 61-year-old male Afghan national under treatment at a hospital in Athens and living in the Malakasa camp on the Greek mainland north of the capital. Health authorities are currently tracing his contacts.

The camp has been under quarantine since Sept. 7 after several migrants tested COVID-19 positive, while the Thiva camp in central Greece and Serres camp in the north of the country have also been put on lockdown after migrants there also contracted the virus, the Migration and Health Ministries said in a joint announcement on Saturday.

Earlier this month, a Somali national tested positive in the Moria camp’s reception and identification center on the island of Lesvos.

So far, Greece has recorded a total of 378 deaths, while 218 new cases were confirmed on Sunday.

The total confirmed cases since the start of the pandemic stand at 17,448.