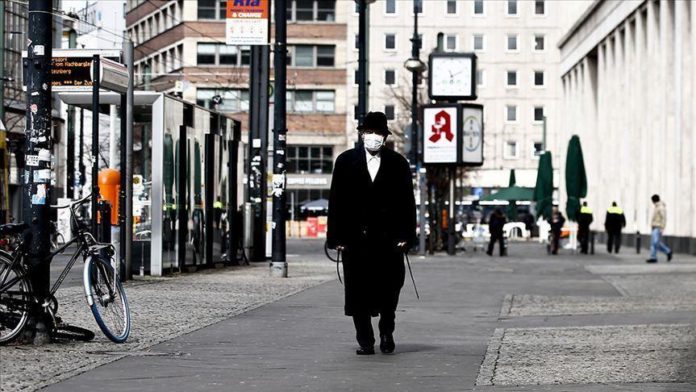 Chancellor Angela Merkel told a news conference in Berlin that all non-essential shops will shut down as of Wednesday, schools and daycares will also be closed until at least Jan. 10 in most of the federal states.

“The measures we put in place on Nov. 2 were not effective enough. For a while, we were able to stop the exponential growth, had a plateau movement. But now we’re seeing a new rise in infections,” Merkel said, as the country’s seven day average of COVID- 19 cases stands above 20,000.

“We’re close to exceeding the response capacity of our public health systems. Our aim was always to prevent this. And this is why we must act, and we must act fast,” she said.

The chancellor said, according to the new measures agreed by the federal states, all non-essential shops, including hairdressing salons, will be shut down until at least Jan.10.

Restaurants and cafes will remain closed and would only offer takeaway services.

“We can meet friends and family members, but a maximum of five people from two households at once,” Merkel said.

She also urged citizens to self-isolate for a week before the Christmas Eve family gatherings to reduce the risk of contagion.

“We would like to appeal to all citizens, if you are inviting other households for Christmas, please reduce your contacts for seven days before you do that,” she said.

According to the new measures, close family members will be able to spend Christmas together between Dec. 24-26, but under restrictions. Meetings of up to four adults from other households will be allowed during this period.

The government banned selling fireworks for the New Year’s Eve.

Drinking alcohol in public was also banned between Dec. 16 and Jan. 10.

Polls to be held amid security crisis in Cameroon