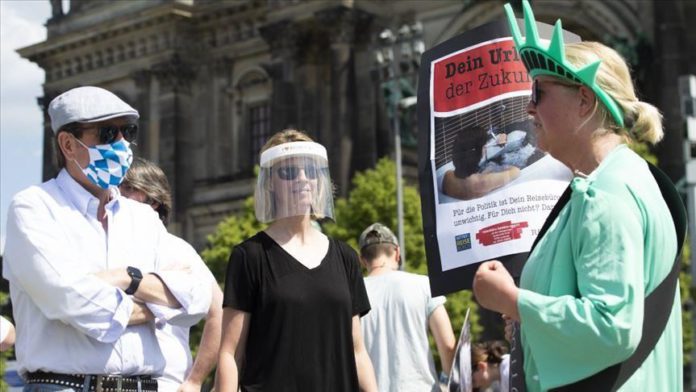 The North Rhine-Westphalian authorities have announced that in Guetersloh and Warendorf, schools and public venues such as cinemas, gyms and bars were closed until at least June 30.

Also, gathering of more than two people in public were banned.

Over 1,550 workers of the meat factory in Guetersloh, owned by Germany’s market leader Toennies, have tested positive for COVID-19, according to local media reports.

The initial investigation has shown the cooling system of the factory, which recirculated the air without effective filtration, has enabled the quick spread of the virus among the employees.

On Wednesday, health authorities boosted testing in the districts of Guetersloh and Warendorf, to identify people infected with the virus and stop its spread.

Germany’s four federal states, Bavaria, Mecklenburg-Vorpommern, Schleswig-Holstein, and Lower Saxony have announced plans to restrict travel from the two districts, which have become a new epicenter for the disease.