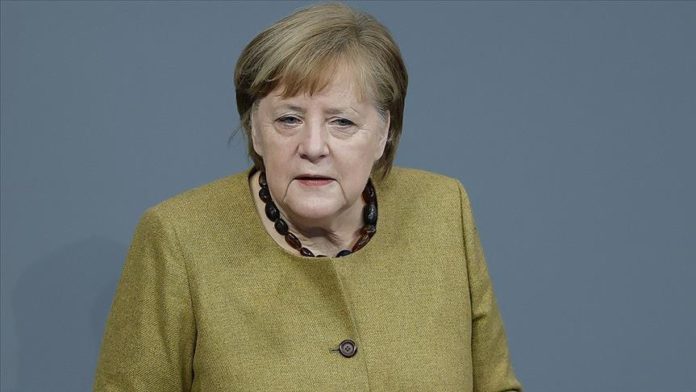 Chancellor Angela Merkel has postponed a planned meeting with premiers of federal states this week on coronavirus measures due to vaccine uncertainties, her office said on Tuesday.

The videoconference scheduled for Wednesday will be postponed until the EU Medicines Agency (EMA) takes a decision on the AstraZeneca vaccine, a government spokesman said in a statement.

The European Medicines Agency (EMA) announced that its safety committee continues investigation of these reports, and it will hold an extraordinary meeting on Thursday to conclude on the information gathered.

“EMA currently remains of the view that the benefits of the AstraZeneca vaccine in preventing COVID-19, with its associated risk of hospitalisation and death, outweigh the risks of side effects,” the agency said in a statement on Monday evening.

Besides Germany, more than a dozen of other European countries – including France, Spain, Italy, the Netherlands and Denmark – have temporarily paused administering the AstraZeneca vaccine.

Merkel’s government is facing growing criticism at home for the slow pace of vaccine rollout, and the temporary suspension of AstraZeneca jabs has further complicated her government’s vaccination goals, and plans for a gradual relaxation of lockdown measures this month.

Germany has so far received more than 3 million doses of the AstraZeneca coronavirus vaccine, and nearly 1.6 million doses have been administered, according to the Health Ministry.

In total, 6.5 million people in the country have received at least one dose of a coronavirus vaccine, and about 2.8 million have had a second, making them fully vaccinated.

The EU’s largest economy has so far administered nearly 11 doses per 100 people, and its vaccination rate is far behind other developed countries.​​​​​​​

– Lockdown may be extended

Local media reported on Tuesday that Merkel’s coalition government is considering to extend coronavirus lockdown measures until the end of April, due to vaccine uncertainties and growing number of new infections in recent weeks.

The Robert Koch Institute said last week that the country has entered into a third wave of the pandemic, due to the rise of cases with more contagious variants.

There were an estimated 133,400 active COVID-19 cases in the country as of Tuesday, according to the institute. The more contagious UK variant (B.1.1.7) of the virus accounts for more than 46% of the new infections.