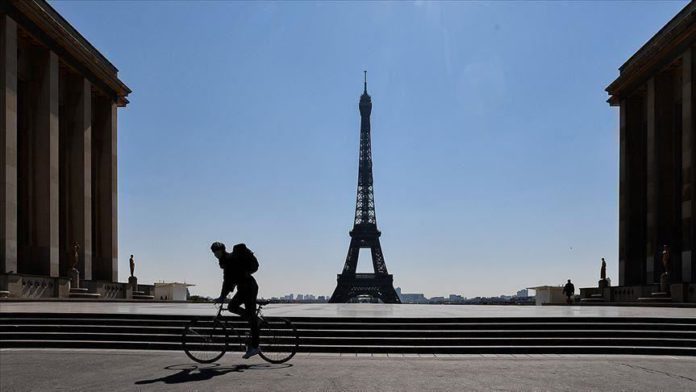 France’s prime minister on Thursday laid out a plan for the country’s recovery from the novel coronavirus pandemic.

Promising a “strong and rapid response” during the press conference at the prime ministerial residence, Jean Castex detailed the €100 billion ($118 billion) recovery package, targeted at all sectors of society, particularly those affected but he outbreak.

The plan came ahead of the “rentree” — the start of the fall season and resumption of school and work after the summer holidays, as 21 of France’s 101 departments are still considered active circulation zones with 340 clusters now under investigation.

The Ministry of Health reported a total of 5,429 new cases of coronavirus infections over the last 24 hours, with the number currently standing at 253,587. The death toll is at 30,544, up by 22 from Wednesday, while 4,600 people remain in the hospital with 410 in intensive care.

The government’s strategy is based on the “mobilization of all means to avoid a generalized re-confinement,” said Castex during the press meeting, noting that there had been a “form of slackening” in recent weeks that could explain the rise in figures.

The government’s economic stimulus plan — to be formally presented Sept. 3 — will include such aid as €2 billion for the cultural sector and €25 billion for small to medium-sized businesses.

Further, it will now be mandatory to wear masks everywhere outdoors in Paris, following similar measures in most other larger cities in the country.

The creation of 550 new magistrate and clerk jobs will also be part of the plans.

Joining Castex at the podium were Minister of National Education Jean-Michel Blanquer and Minister of Health Olivier Veran.

With the start of the school year five days away, Blanquer discussed the new health protocols. The most prominent feature was mandatory mask-wearing for middle and high school students over the age of 11, especially on the playground, as well as for all teachers and staff.

“All adults at school — college and high school — wear the mask. Full stop, no exception.”

The health minister focused on the necessity for vigilance, treatment and a possible vaccine.

“We’ve anticipated and secured our response capacities, whether they concern stocks of masks, gloves, drugs or respirators,” Veran said.

Nursing homes were highlighted as an ongoing area of vulnerability, with Veran stressing that 4 billion masks had been ordered by the ministry for caregivers.

Veran also announced a new goal of the government to carry out a million tests each week. Currently, between 700,000 to 840,000 tests are being administered each week.

Treatments — or a vaccine — remain in the works.

“We’re still at the stage of scientific research. It takes time to develop a reliable and safe drug,” Veran replied, adding though that pre-orders had been given to several nearby labs.

“Some are telling us they could get there in late fall. We’ll see.”