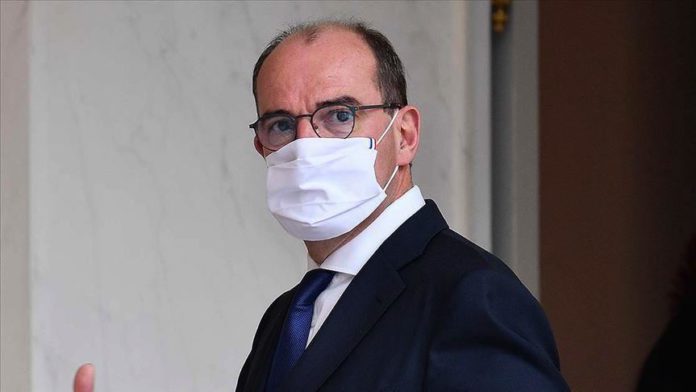 French prime minister on Thursday laid out new health protocols against the spread of the coronavirus.

Jean Castex delivered a press conference to give the details of the protocols announced by President Emmanuel Macron in a televised address Wednesday evening.

The protocols include the now well-publicized curfew, which applies to the entire nation. People must be inside from 9 p.m. (1900GMT) until 6 a.m. (500GMT). The curfew will last for four weeks.

Castex was joined at the podium by the ministers of health, labor, interior, and economy.

The prime minister banned all private parties and gatherings that involved the use of public spaces. This includes, importantly, weddings and engagement parties, two of the biggest celebrations.

Announced was a second salary increase for hospital staff — excluding doctors — of €93; originally scheduled for March 2021, it will be paid before end of year “in view of the health situation” Health Minister Olivier Veran said.

The government re-established an official state of emergency to start from midnight Saturday, Oct. 17. A state of emergency had been declared earlier in the year and was ended on July 10. Doing so offers lawmakers and government officials the legal framework within which they will be able to regulate restrictions as they come down region to region.