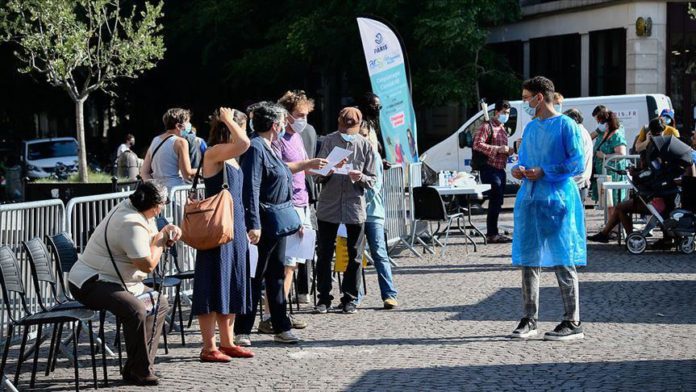 France on Thursday reported a drastic spike in daily coronavirus cases with 41,622 new infections occurring over the last 24 hours.

The country is on the brink of reaching a record million cases of infection since the start of record-keeping for the coronavirus outbreak in mid-March as the total number is currently at 999,043.

The huge rise in infections caps a day when Prime Minister Jean Castex announced that 38 more departments within France as well as the overseas territory of Polynesia will be placed under curfew starting on Saturday, Oct. 24.

“In France, as everywhere in Europe, the second wave is here,” Castex said in a news conference, adding that if not soon contained, the government must consider “stronger measures.”

He and fellow government officials have expressed repeatedly however that putting the country under another lockdown is something they will try to avoid at all costs.

A total of 54 departments in France now are subject to closures between 9 p.m. and 6 a.m. (1900-4000GMT). Nearly 46 million people live in the affected areas, and each will also be placed at the maximum security level, the highest of three that France has established to gauge the risk level for the virus.

On Thursday, the government also re-launched a new version of the tracking app used to fight COVID-19, after an earlier version issued in June failed to take off.